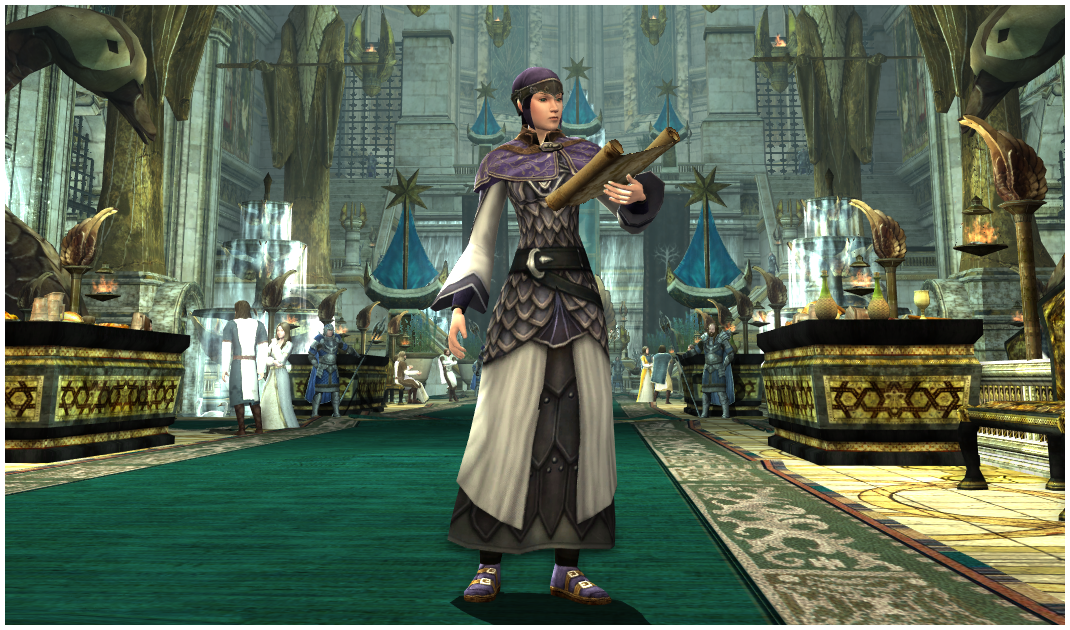 Hopefully this will be my last swan-themed outfit. I've released one every week for the past four Saturdays and I wouldn't be surprised if you're wanting to see something else (I know I am). Turkey Day has come and gone for me and I would have very much liked to make a turkey-themed ensemble...but somehow it wouldn't feel quite lore appropriate, would it? I don't think turkeys even exist in Middle-earth! I hope those of you who celebrated the holiday enjoyed yourselves fully!

Aaaaand back to the outfit... 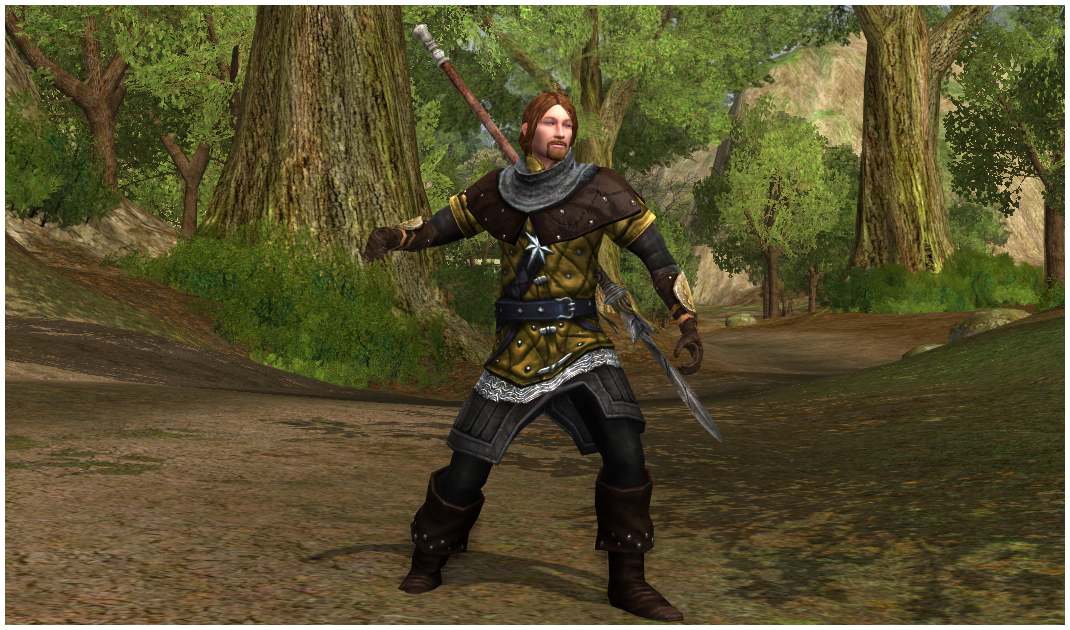 Here's that particular outfit I mentioned last week, the one that somewhat resembles one of Hymne's previous outfits, The Passing of the Grey Company. It's a rare sight having an earthen-toned outfit featured on this blog, let alone a Ranger one. This would be my first Ranger-themed creation. I usually find them a little overdone, especially after seeing multiple blog posts over the years and an inordinate amount of hunters wearing the Ranger or Grey Company sets from the epic books. They were a dime a dozen and I'm not fond of looking like everybody else (just like with those undyeable pre-order cosmetic sets). However, the Medium Nadhin Jacket gave me the opportunity to make something that I felt would stand out of that particular crowd. 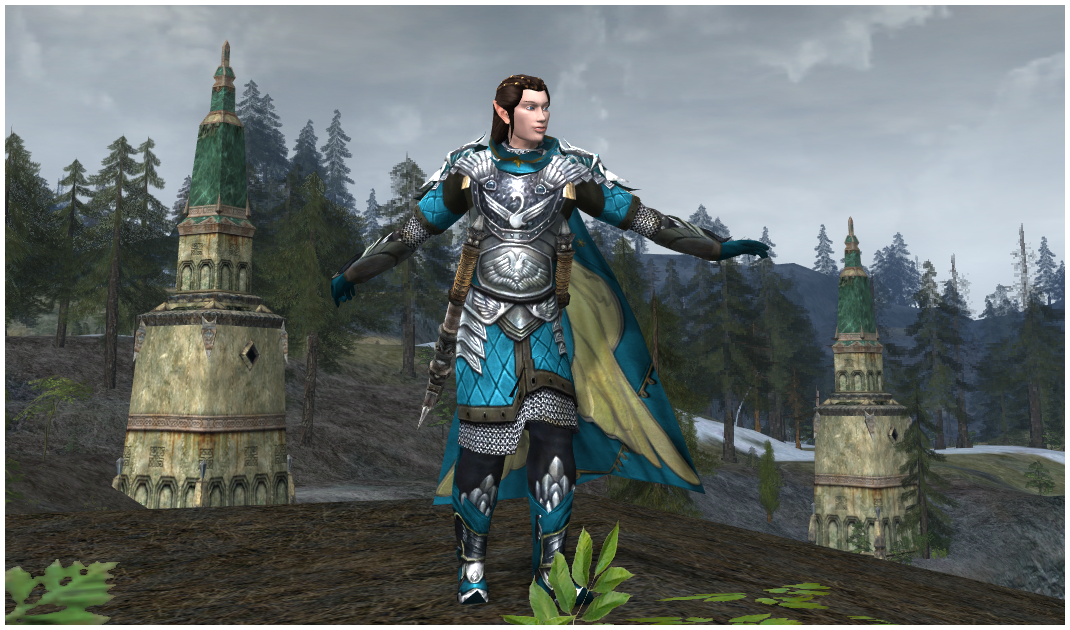 I feel like I've been periodically synching up with other LOTRO fashion bloggers. About a week after finishing the draft for this in early August, Gloredh from Wandering Around Arda had posted something strikingly similar in concept. In case you're wondering why I didn't post this immediately, I have a carefully arranged schedule of posts that last for weeks and sometimes months. If I had, that schedule would have needed some serious rearranging. Therefore, I think it's much easier just to add each new outfit I make to the back of the queue. Next week's post will be something visually similar to one of Hymne's outfits. This was also another one done shortly before she posted hers. Hopefully, the one after that will actually feel original! (It's always awkward when you feel like you've copied someone else.) 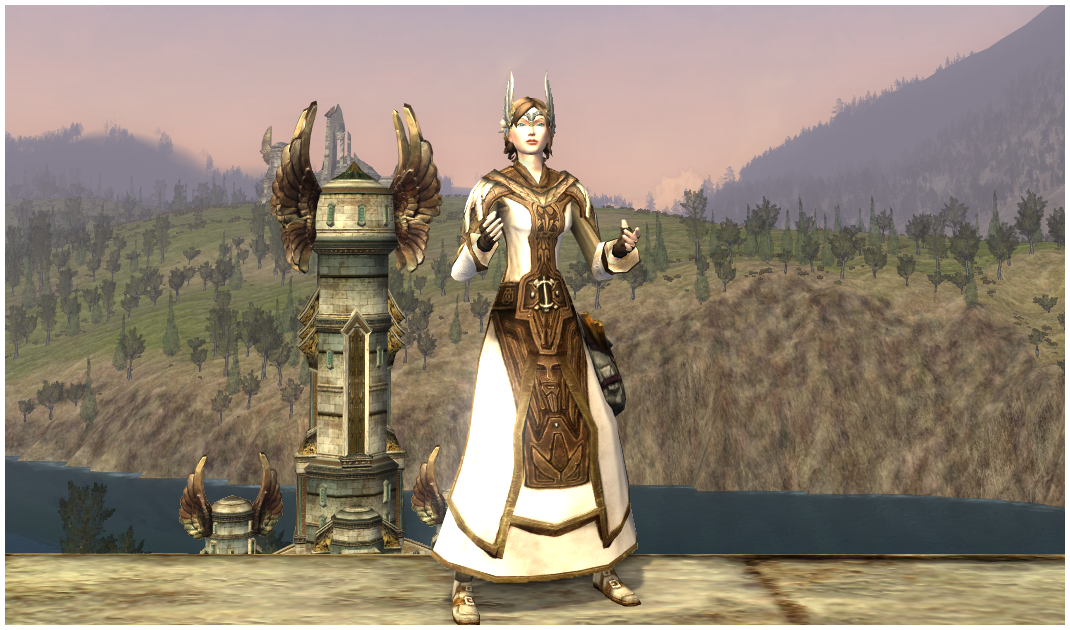 I've always had a fascination with such a lore-rich and beautiful landscape--this time with Dol Amroth. You see, Lothlórien was the last area to leave me feeling truly enamored. The towns in Rohan and Dunland never inspired me. Even though they were well designed, they were missing that special spark, that spark that moved me to create an outfit the moment I entered one. When I had my initial encounter with this city during beta, it was love at first sight. I stopped questing immediately to locate both the skirmish camp and bank. Testing the content was supposed to be paramount, but I was already neck-deep in my wardrobe before I remembered that tiny fact.

Order of the Swan - Emeridir of Gladden 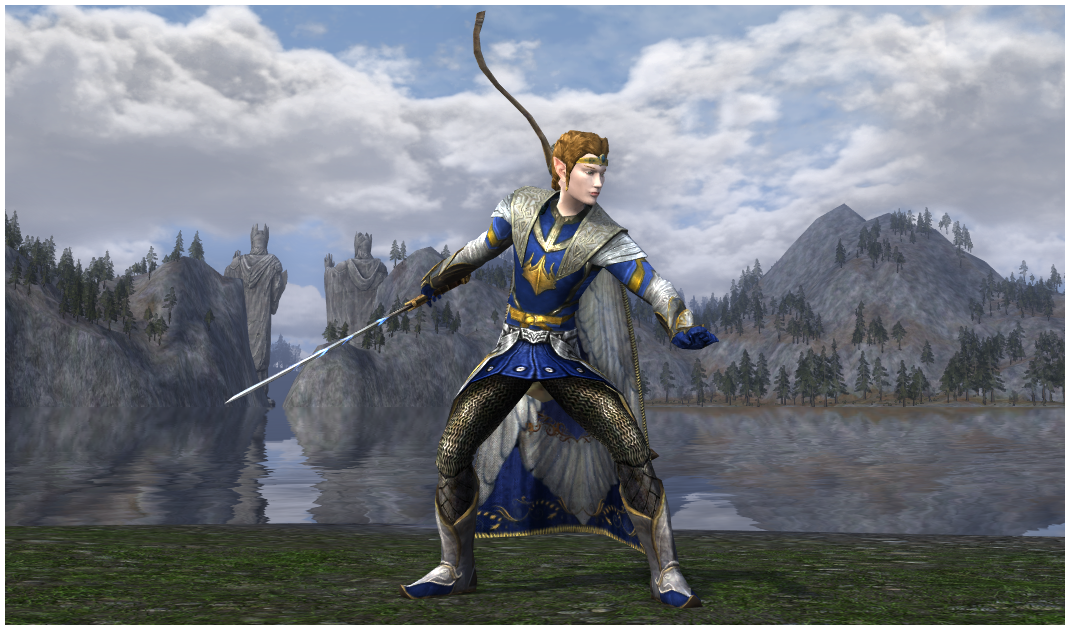 It's been several months since Update 14 released and the wave of swan-themed outfits began. I too jumped on the bandwagon and made half a dozen, but I've had multiple creations scheduled between July and now. My automatic blog schedule has finally made its way into swan territory...hopefully this and upcoming ones still feel relevant! Besides, for the United States, Thanksgiving comes at the end of November. Instead of turkey-related outfits (Middle-earth has no turkeys, sadly), I'll have a month's worth of swan inspired ensembles.

This was an old outfit of mine. I remember stumbling across The Starry Mantle's Knight of Dol Amroth sometime in 2012 and feeling inspired to create my own interpretation of the Swan Knights. I don't exactly recall my reasons for choosing the pieces I did, except for two of them; blue and silver being the emblematic colors of Dol Amroth and wanting to portray armor typically worn by Men in an elvish style. Why an elvish style? It was rumored the Princes of Dol Amroth had elvish blood, though little of it, running through their veins. Since we've come this far both geographically and storywise, I thought I'd revive this ensemble in its originally conceived state.