Crossbows, the alternative ranged weapon for bow-users, have seen little love since the level cap reached 100. They practically vanished from the game, outside of scaled instances, and hadn't been any new skins between the releases of Western Gondor and Ered Mithrin. It's a shame since some of them are beautiful! This particular weapon class has little variety, I'm afraid. In fact, crossbows have the one of the smallest pools of design variety. Many look almost the same, except for the addition of golden trimmings. This is most prominent in the crafted ones, especially among the crossbows in the same crafting tier. I don't have a large pool of crossbows myself, but after scanning Item Treasury, there's not much that's missing. In fact, many of the dropped ones share the same generic appearance of the earliest crafted ones. However, I do have enough to start a second entry!

As usual, if you see another way of collecting a skin featured below, please let me know in the comments! 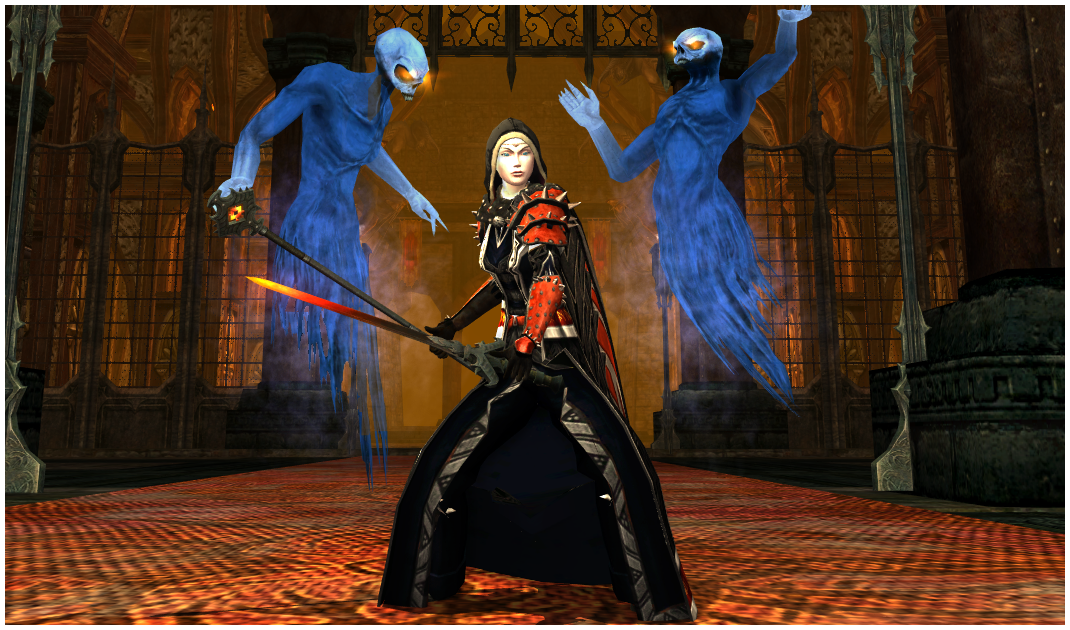 I've loved how the rewards from the Armory of Thrang boxes have forced me to get creative with my latest outfits. They've been a welcome addition to my repertoire of cosmetics, considering how much my creativity has lessened in recent months. I doubt I'll make something for each of the selectable weapons, as they've been a tad expensive. I've only collected four of them--out of a possible thirteen--and that alone set me back a whopping 3600 Ashes of Enchantment. I picked the short sword, staff, bow, and the two-handed axe. At this point, three of them have been featured. The axe will soon make an appearance, I promise.

Back to the outfit at hand, before I find myself getting distracted again!

As the title says, this is the second installment of maces.

If you know another way of obtaining a skin you see here, please let me know in the comments!

Maces are weapons I haven't used since the days of Mirkwood, when I converted my Minstrel main to one-handed swords. I'd forgotten how varied mace skins are in LOTRO, considering their general shape. This weapon class will be divided into two entries, considering the number of skins I had tucked away, knew through recipes, or found browsing the database.

Like usual, let me know in the comments if you've seen another way of obtaining the skins you see here! 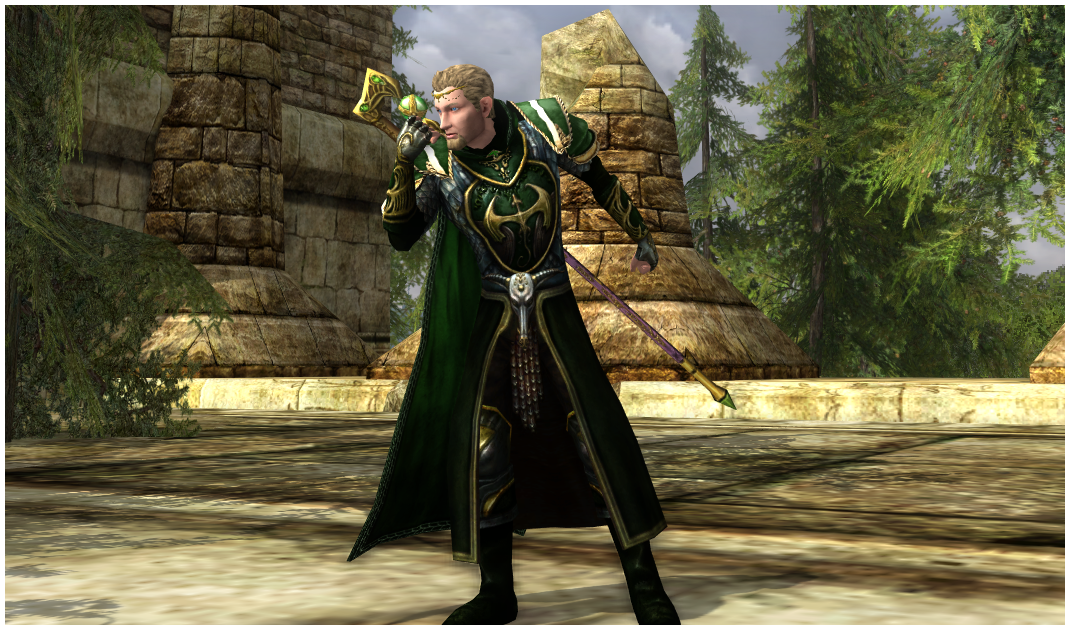 Getting away from dark landscapes and fiery outfits for a short time, I've decided to post an outfit my low level Lore-master uses. It's not often I've focused on the Draigoch armor skins--I usually use gloves and boots to accessorize--but I discovered that my main Lore-master and my Warden still have their sets sitting in storage. Just that tiny bit of nostalgia, and the fact that my kin has been running Draigoch lately, was enough to motivate me. Other than that, and the fact I'm trying different gear combinations, there's really no story to this outfit.

Just as the title says, this is the second installment of the dagger collection. The LI daggers around seen here, most of them sharing similar appearances with each other. The differences are incredibly subtle and hard to see on such small weapons.

As usual, if you see another way of obtaining any skin shown here, please let me know in the comments!

To be honest, I was shocked at the variety of daggers found in LOTRO. Just the sheer number of skins rivals that of the swords was incredible. This particular weapon class will be handled in two parts, each entry having approximately thirty daggers each. I've opted to ignore the most common appearances for the moment, like the Boot Knife and the Bronze Dagger, given that they make up for almost fifty percent of the game's daggers and how easily they're crafted, looted, or purchased from early game vendors.

As usual, if you see another way of obtaining a skin shown here, please let me know in the comments!