Ah, one-handed implements. These are probably the most unique category of weapons in the game. Some are purely cosmetic. Others, like the aptly named Slapper Fish, have incredibly low combat damage. These are also all one-handed, which means they can be overlaid on any one-handed weapon except for spears. I don't know exactly why, but I expect it has to do with both the animations and how spears are held. Lore-masters will find the same problem with their staves, despite eventually learning how to dual wield. Two-handed weapons users will also find they can't use these either.

If you're interested in these, they make for home hilarious outfits. Imagine dual-wielding Breads of the Third Age or the Giant Flower! And, as usual, if there's another way of obtaining anything you see here, let me know in the comments. 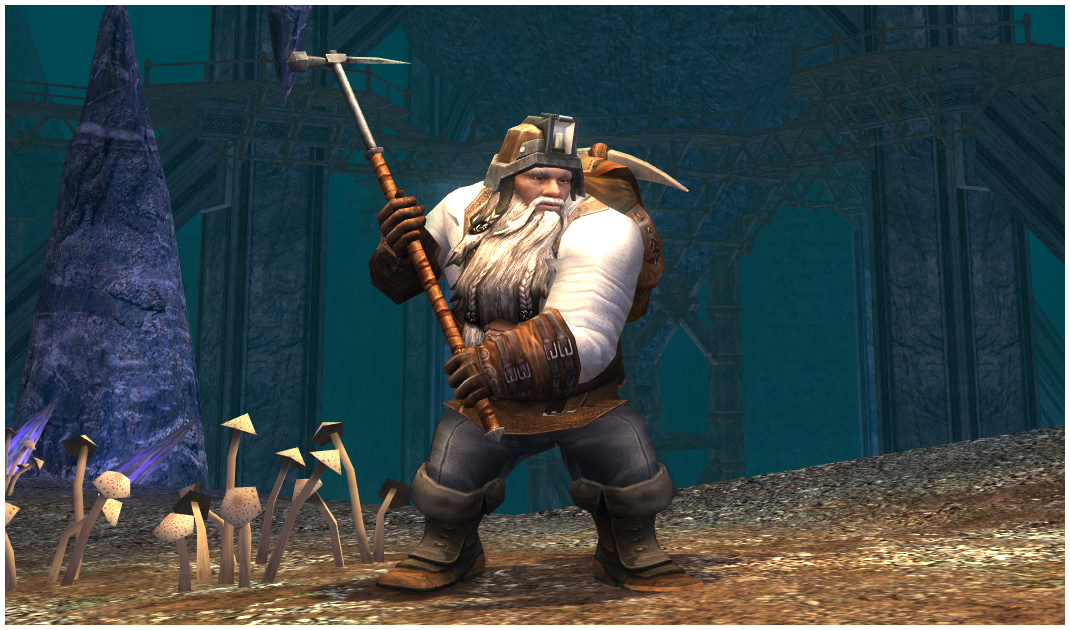 It's been a long time since I've entertained role playing on this blog. I used to write stories--short blurbs may be more accurate--for my characters that matched the outfit and images contained within a given entry. It's been years, probably five or six, since I last did that. I almost wrote a brief story, but I decided to let the images themselves tell the tale of an often exhausted dwarven miner, hard at work, deep within the darkness of Moria.


It's been some time since I started Cosmetics Weapon Project section. Originally, this was meant to be a collection of the weapons I'd owned or had tucked away in storage. By the time I'd finished the main categories, this project evolved to contain crafted weapons (even though I'd never used them), rare quest weapons, and hidden, unused skins (some of which have been released through the LOTRO Store).

Swords had been one of the first categories uploaded, which meant it didn't get the same amount of time, effort, and thoroughness as the others. This post is meant to correct that oversight, further fleshing out swords. There are some skins feel like they should be here, especially among the LIs, but have already been featured in the first two installments.

As usual, if there's another way of obtaining one of the skins listed below, please let me know in the comments.

Ancient Steel Sword - Crafted from the recipe of the same name 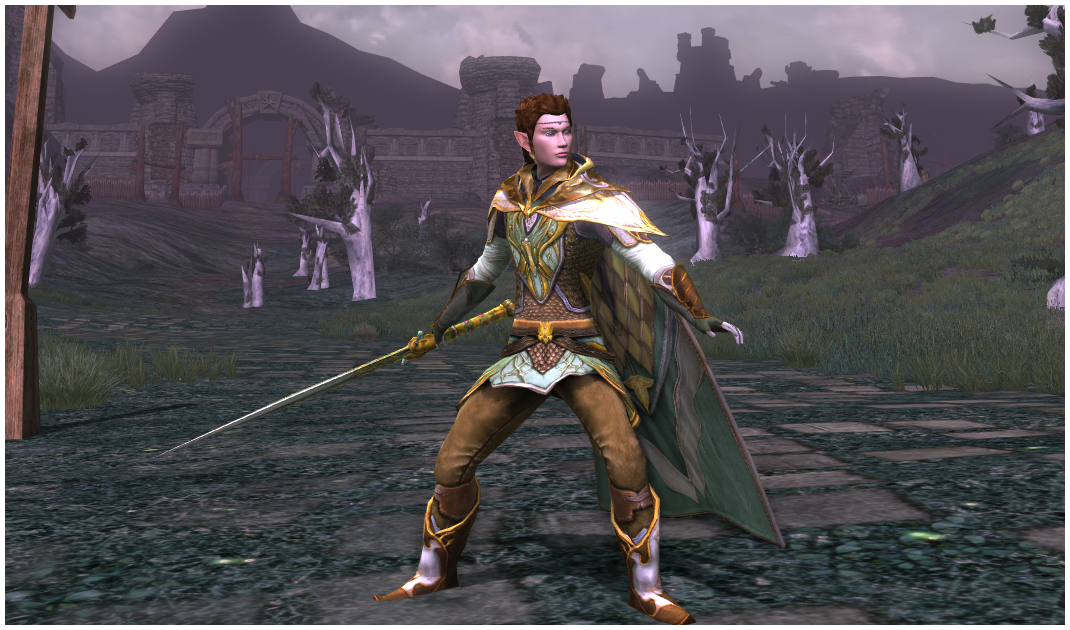 Quite often I repurpose slotted or old outfits. A splash of a different color, the exchange of at least one piece...that's all it's taken to transform an old character appearances into something new, fresh, and exciting. I've always been surprised how a subtle change in color, either in tint, shade, or tone, has altered the concept and emotion of an outfit. For those that have regularly visited Material Middle-earth, this particular clothing combination should look familiar. It's mostly a recolor of Silvan Elegance, which was posted in February 2018, almost a year from today.