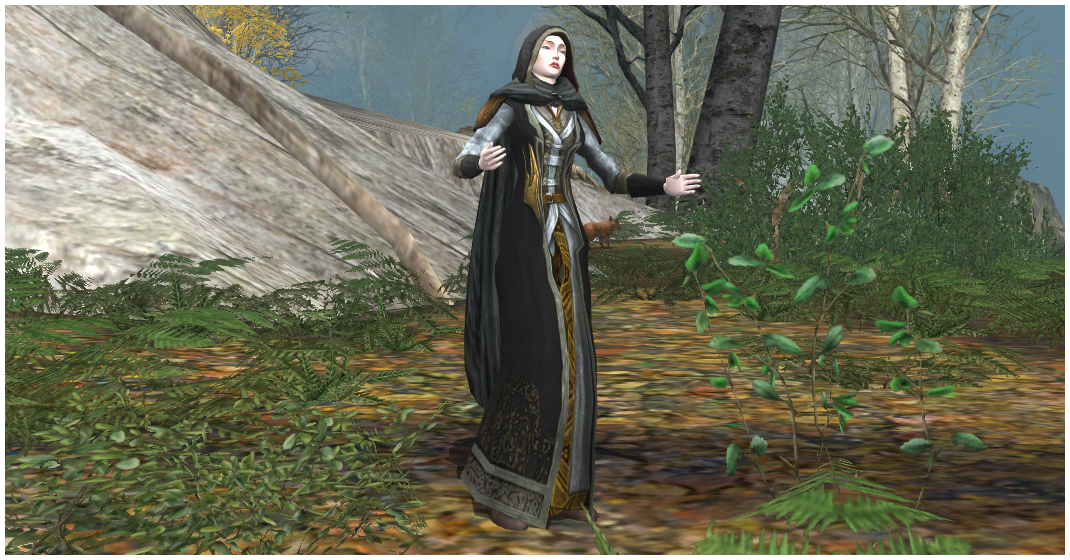 This would be my first time posting a somber outfit. Generally, I like keeping my Middle-earth clothing bright and cheerful, even with earthen tones, but this week I wasn't in the mood. I've been becoming increasingly disenchanted with LOTRO since the release of Helm's Deep. Big Battles have been run so much that everybody has top end gear, become bored with them, or a combination of the two. The class trees have divided the playerbase. The population on my server has dwindled significantly and now I find myself logging in simply to make outfits. If it weren't for the cosmetic system, I wouldn't be clinging to LOTRO as I currently am. Many friends have left for other games. I have found myself pining for the days before the Riders of Rohan expansion. If you haven't heard, WB laid off 30+ employees from Turbine, some of which were long term Devs and QA members. I fear this game has permanently fallen into "maintenance mode."

As much as it pains me to say it, this blog's days are numbered...and it will function so long as I have the drive.

Scout of the Fold - Aerthain of Gladden 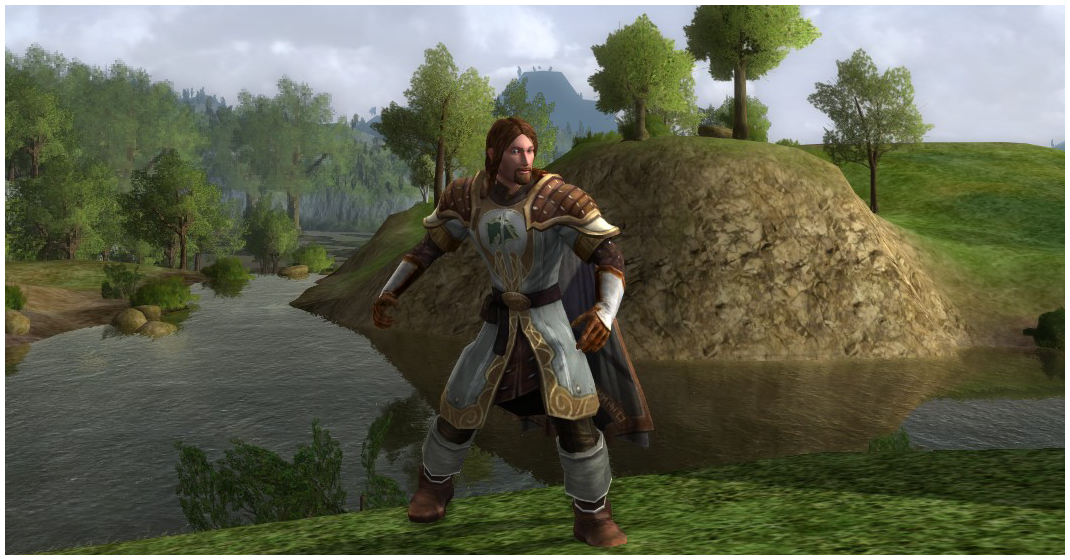 And here we are, another outfit attempting to reclaim pre-order cosmetics--this time, the Hauberk of the Westfold. I do love the looks these special cosmetics have, but I still can't stand the fact that they are 100% undyeable. So why did I choose to work with this particular piece this time? Of the three Rise of Isengard hauberks (click here to see all three sets), this was the easiest one to use. The red and green variants are tougher to coordinate due to a slightly muted color. For some reason, every time I've tried to use these pre-order pieces, something gets shoehorned into the outfit and it rarely looks normal. But, here's hoping! : )

Black has been a dye color I often avoid for three reasons; it's not easy to make, it's expensive to purchase via the auction house, and it's a very common color. But, when it works, it works! I was in the mood to make something Elvish-looking, especially after using the Exquisite Elven Dress in a recent outfit. Plus, anything primarily white has always looked wonderful at night. Black enhances the soft and somewhat glowing effects of the moonlight. (This was also an outfit designed for the Halloween season, but its publication was delayed!)

Walker of the Wilds - Faewynn of Gladden 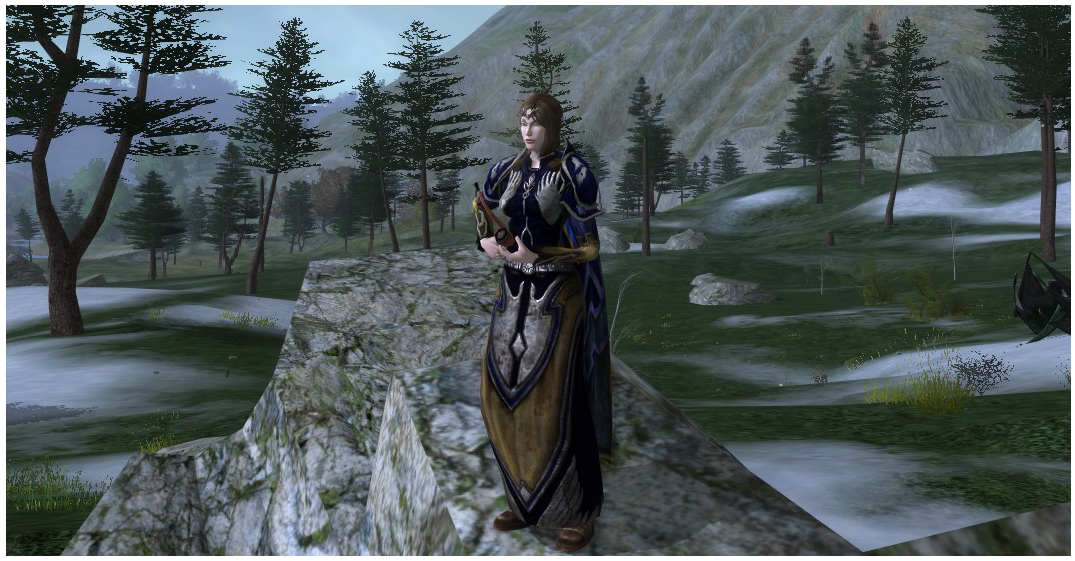 This outfit is my tribute to the days when the level cap was 65. There was such a variety of end-game gear to wear at the time. There were sets from Helegrod, the Moria instance cluster, Barad Guldur, Ost Dunhoth, and Dâr Narbugud, each with a distinct and awesome looking experience. So far, three of those sets have been made easily available through skirmish-earned medallions and marks. The teal Moria sets still need Moria Medallions and the Watcher Tokens. The full teal DN sets are only available through the special elfstones earned in the raid. You can get some cosmetically similar gear from the class vendors in Mirkwood, but only the head, shoulders, and boots. I say we petition Turbine to make the DN sets available in the skirmish camps since they're obsolete stat-wise!