Watchman of the Northern Lands 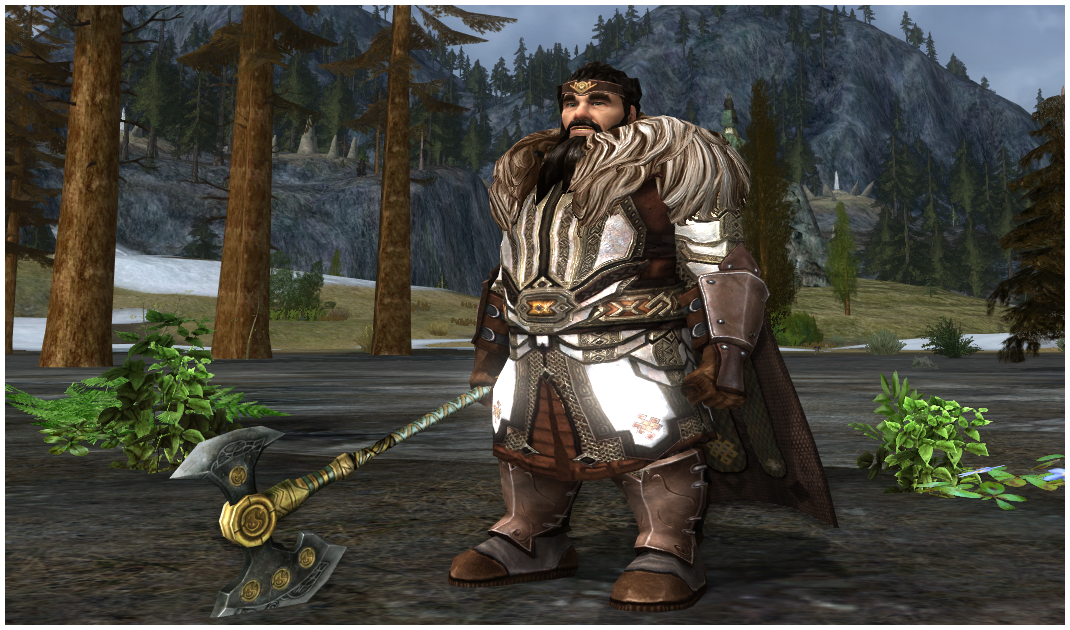 Stationed at the stone fortress of Gondamon, this solitary dwarf patrols the northern region of Ered Luin. He does his best to keep the roads clear of danger. Between the port of Kheledûl to the east and the stronghold of Sarnúr to the west, both controlled by the rogue Dourhand clan, and the encroaching goblins of Rath Teraig to the south, his duties also require constant vigilance. That, however, is not his only task. He also guides adventurers and travelers following the roads between the dwarven settlement of Thorin's Hall and the elven port town of Celondim. Every mile of the route is committed to memory. He's willing to share with them a lifetime of survival skills to ensure their safe passage, should they need to leave the path and venture through the cold wilderness.

The Thrang's Armory Box was introduced during Mordor expansion and contained a set--though not a complete one--of weapons with special visual effects. When these are used as cosmetic overlays, a trail of embers flows from the glowing areas while moving. Although some don't glow as much as others, the trail density is consistent. Some classes have the ability to equip at least two different skins and each displays its own ember trail.

With the exception of the two-handed sword, Thrang's Sword, these weapons can be obtained from any Keeper of Mystery in Mordor. Spend 1000 Figments of Splendor for a Thrang's Armory Box, which allows you to select one skin.

Unfortunately, there are no rune-stones, javelins, or crossbows in this set.