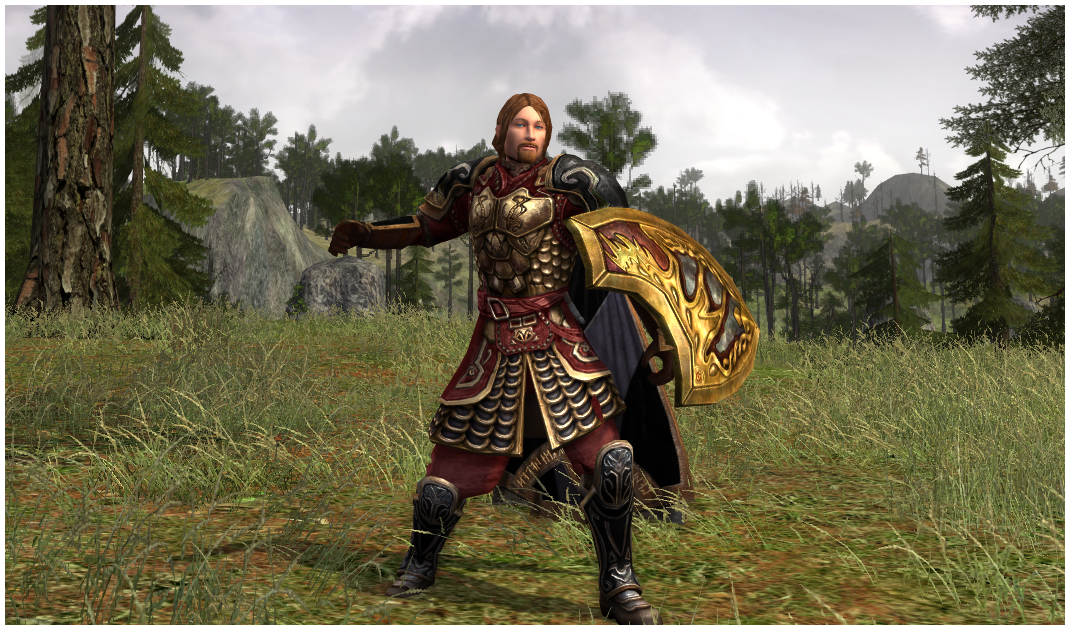 Turbine's ability to reskin old cosmetics has been hit or miss the past couple of years. Festival robes. War-steed caparisons. Various crafted items from the Eastfold and Westfold tiers. Sometimes there have been amazing successes, like the Robe of the Five Rivers featured in my previous entry. Sometimes there have been complete and utter failures, like the aforementioned 2013 and 2014 festival robes. Then there have been those that leave you feeling neither impressed nor unimpressed, but somewhere in the middle. Forlong's Ill-fitting Armor, another skin earned from multiple quests in Eastern Gondor, fell into that third category.
READ MORE »
Posted by Nath at 9:00 AM 7 comments: