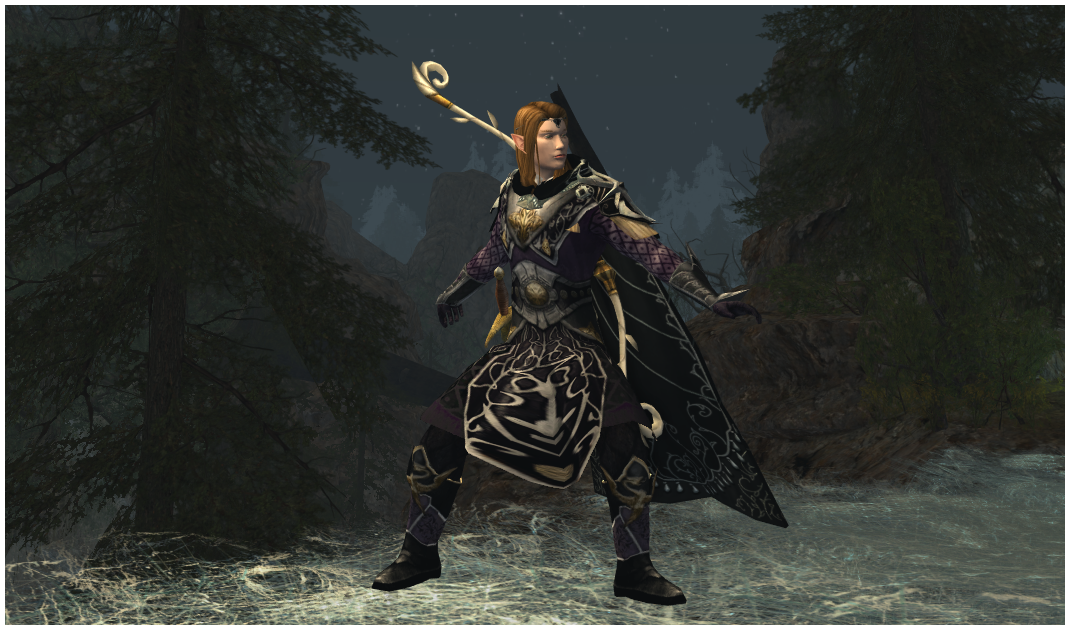 Having spent enough time working on Mordor dailies, I've been able to acquire some of the latest crafted armor recipes. By all rights, I should have had them sooner, but if you know me I'm a much of a housing nut as I am a cosmetic blogger. I've lavishly spent the majority of my Silver Signets of the Thandrim on housing decorations in recent months and have been able to create a Mordor-themed house. Usually, it's the other way around, but I had enough outfits lined up that I could afford a change of pace, take a temporary respite from outfitting, and focus on the visual weapons guide.


That respite, unfortunately, wasn't much a of a respite after all. Mom had fallen and broken her ankle, which forced me to take a semi-hiatus from LOTRO until mid-May. I still logged in to screenshot a few weapons and at least say hello to my kinship, but I wasn't able to do much else while caring for her. Naturally, Stronghold of the North had just released just before her accident. I've been desperately trying to play catch up, focusing on content, while my blog quickly burned through everything I'd scheduled. I've gotten to a point where I've been able to shift my focus here again.

Legion of Thrang - Master of Shadow and Flame 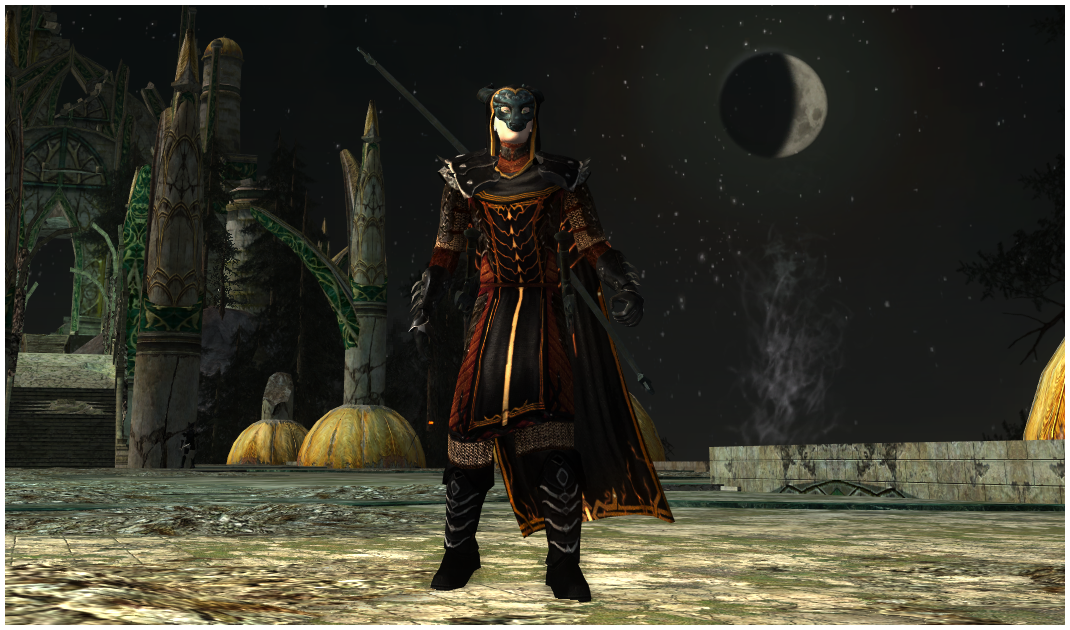 You may have guessed it, based upon the title, that this outfit was inspired by Thrang, one of the major bosses from the Rift of Nûrz Ghâshu. That particular fight was isolated from the level 50 raid, made scalable, and was introduced as a temporary stand-alone instance for the duration of the Summer Festival this year. From the rewards, either by lucky drop or by spending ten vault tokens, you could collect your own two-handed Thrang's Sword, which features a tip that glows red-hot as if it were pulled from a forge. Whenever you land a blow with it, it sparks wildly, casting embers into the air. Also, the sword leaves behind a small stream of embers so long as it's visibly equipped.

Although this outfit doesn't feature the two-handed sword, it does showcase the one-handed version and Thrang's Bow, which can be acquired from the Armory of Thrang box at any time. This box is found, rarely, in Gorgoroth Lootboxes or at the Keeper of Mysteries vendor in Mordor for 900 Ashes of Enchantment. Eleven other selectable weapons can also be found in that box.