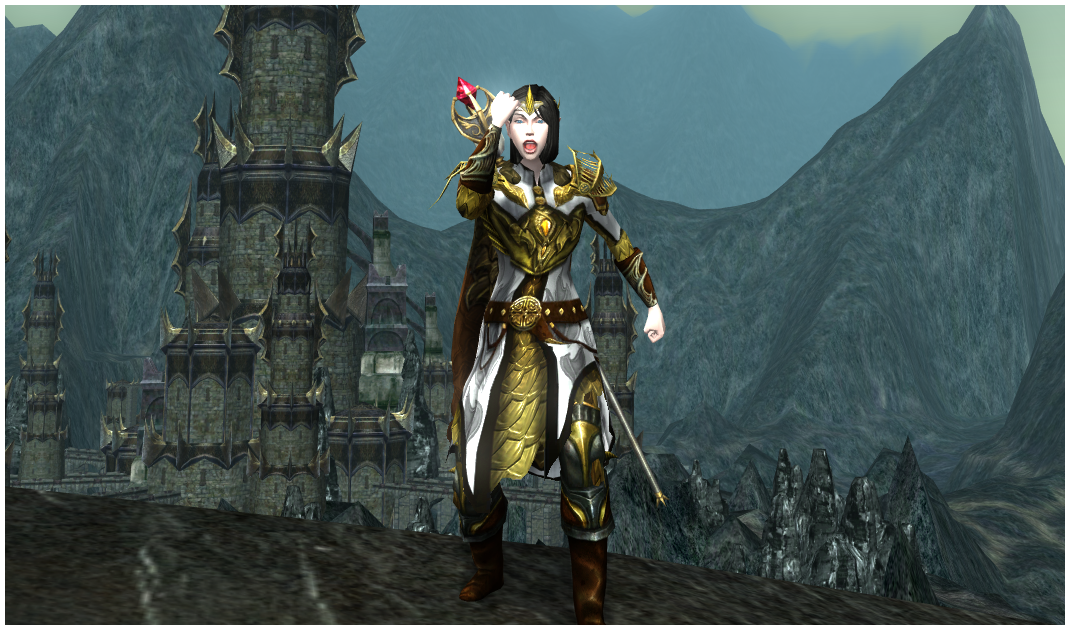 This year's 10th Anniversary Festival and subsequent Scavenger Hunt has produced some amazing rewards this year. My biggest concern this year was the distinct lack of quests that reward Anniversary tokens, especially if you didn't devote approximately ten hours to spamming the intermediate option for the Thorin's Hall Beer Brawl. And the lack of the Inn League and Ale Association token vendors made everything feel ten time more expensive than it needed to be. The anniversary festival had some amazing rewards, but, if you're like me, you don't have a ton of time to grind for rewards. Of everything offered, I set my sights upon the Unflagging Dragon cosmetic set, which is the focus of this outfit.