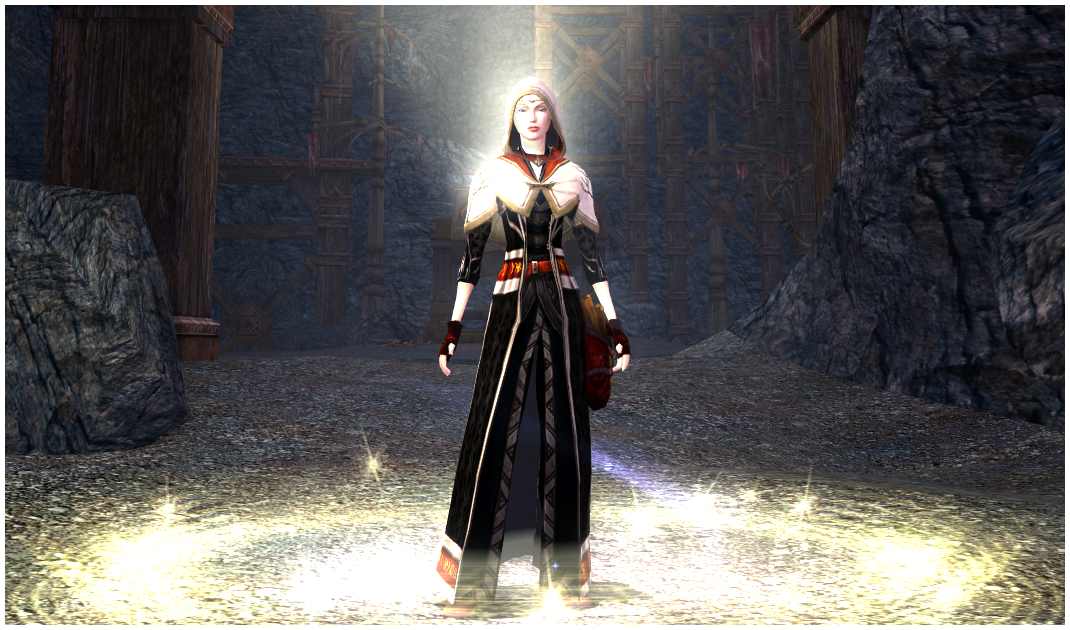 The name of this outfit is borrowed from Calmindon, the great First Age lighthouse sitting in the Númenórean Bay of Rómenna. I may not be the best at recalling the lore from the Unfinished Tales or The Silmarillion, but I believe it was erected as a warning not to defy the Ban of the Valar. For the Númenóreans, it meant they could never sail so far west that their own lands would disappear from view, for attempting to see or visit the Undying Lands was forbidden. This lighthouse, along with Númenór, was sunk into the sea towards the end of the Second Age by Eru Ilúvatar, when the Númenóreans corrupted by Sauron and Melkor challenged the ban and tried to forcibly reclaim the immortality they felt they were denied. Only the Faithful, a very small group of Númenóreans loyal to the Valar, were allowed to escape destruction and found the kingdoms of Arnor and Gondor some years later.

I think that's enough of a history lesson for now. Hopefully, I interpreted the lore correctly. 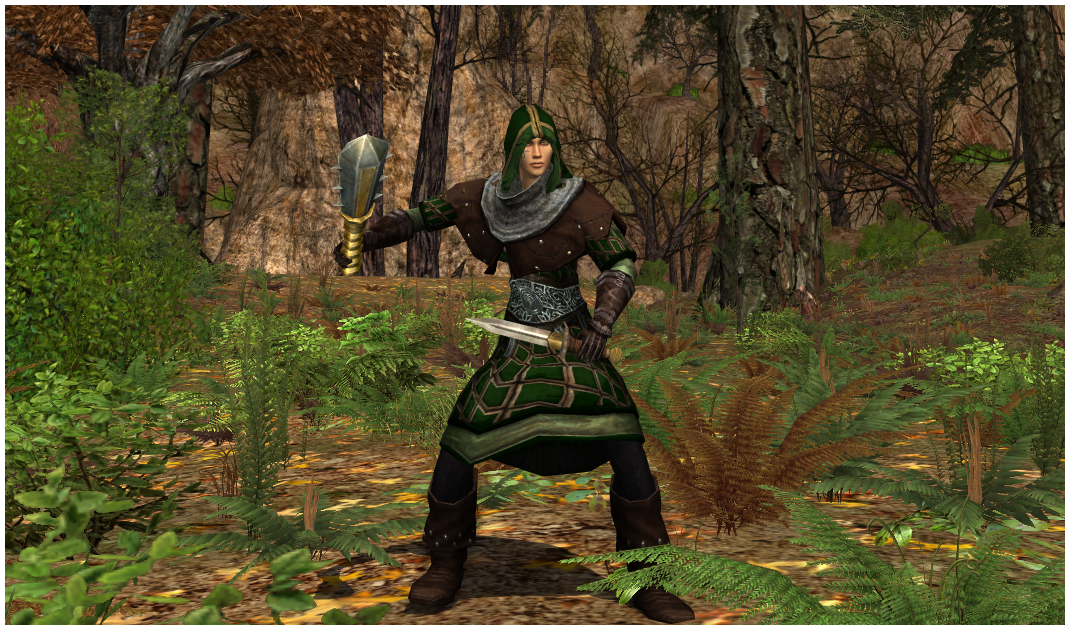 Meet my Beorning. This is the only character I've been playing since January, when I cut LOTRO down to a minimum. I hadn't bothered with making outfits until I felt I had distanced myself from this blog. For months, I was content to simply play and enjoy adventuring in Middle-earth without attachments or distractions. When I made it to the North Trollshaws (the much needed revamp was amazing, by the way), I felt the need to make an outfit. The abundance of evergreen trees reminded me of Dorthonion, the pine-covered highlands north of Beleriand. I've always imagined it to be similar to the other great forests of Middle-earth before Morgoth corrupted it. Thus, greens and browns became my central colors.