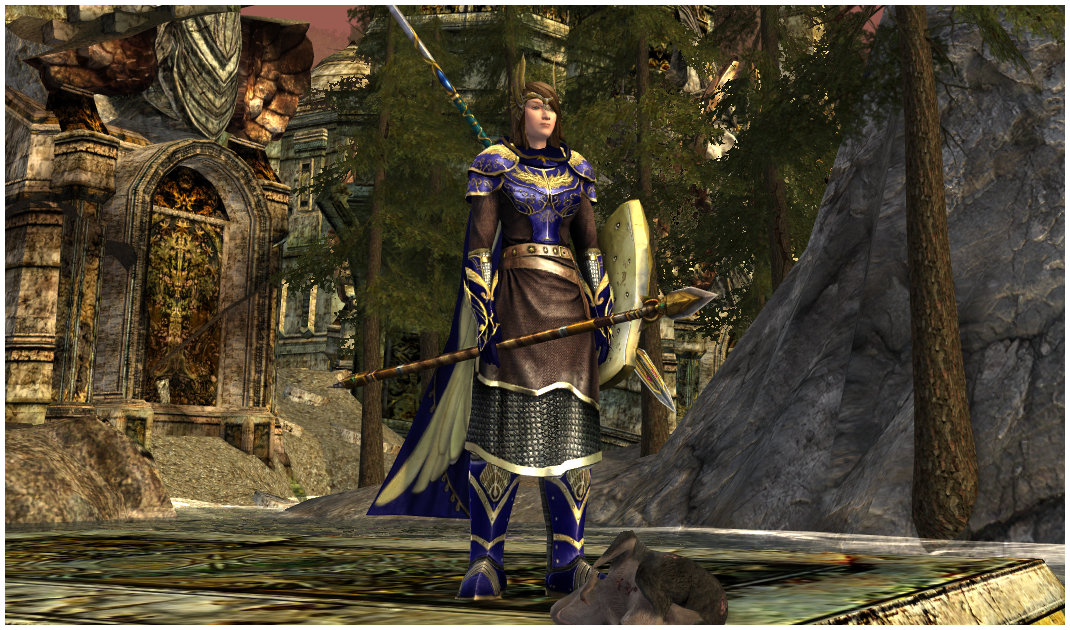 Sometimes, I feel like I'm always playing catch up in the LOTRO cosmetics blogosphere. Taking that extended break from game content from the release of U14 (Western Gondor) until U18 (The Battle of Pelennor Fields) due to feeling burned out, I missed out on the opportunity to tinker with the newest cosmetic skins as they were released. I missed out on the Osgilliath sets while that content was relevant (I rarely see the cluster run anymore), the Morgul-crest bartered Faramir sets, and, by the time I caught up story-wise, the Pelennor and Throne sets. I had logged in for that long stretch of time only to make outfits. It's only now, after a significant amount of effort, that I've gotten around to showcasing some of the spectacularly designed U19 gear from the North Ithilien/post-Pelennor quests. 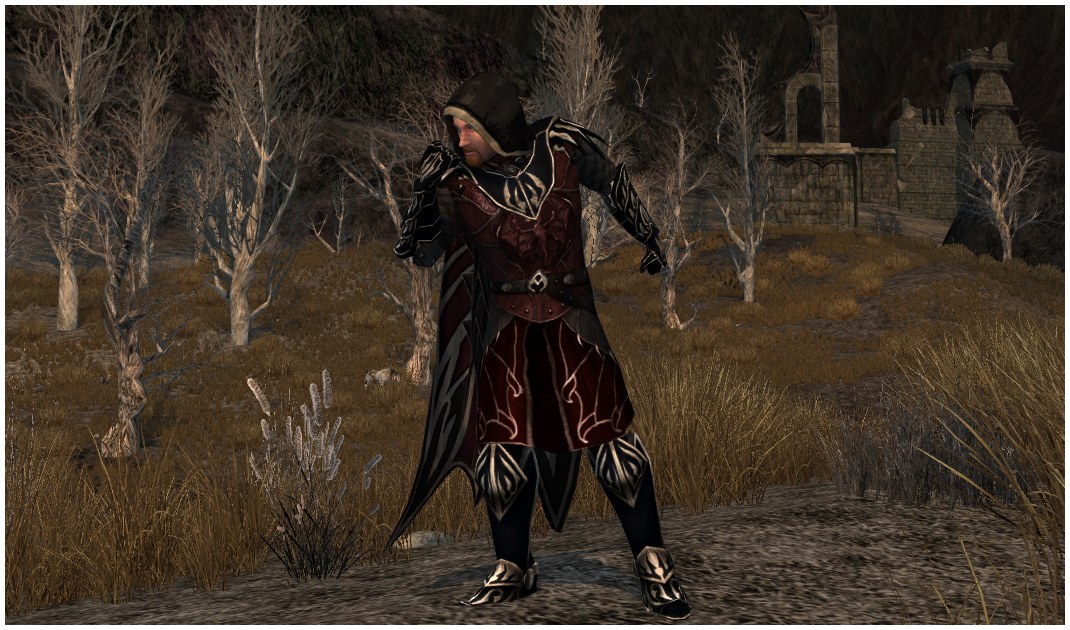 As you may have noticed, I purchased the Ultimate Fan bundle for Mordor. I was doing very well resisting the call of the new and exclusive cosmetics, but as the release date grew closer, I caved and purchased it. So far, I have no regrets. Two sets of exclusive cosmetics--the Alliance and Ash Plains sets--and their respective steeds and war-steed sets, the High Elf, the Aria of the Valar (made a High Elf Captain you'll eventually meet), a housing item that takes the user deep into Mordor, and other things. The expansion content and packages haven't disappointed me yet...and neither have the landscape cosmetics! The new Mordor skins have breathed much needed life into the pool of clothing options.