Autumn is my favorite time of year. On one hand, there's the cool crisp air, freshly picked apples, and the symphony of colors as the leaves fall from the trees. All images of peace and relaxation. On the other hand, there's the tricking and treating, conjuring spooky images and atmospheres, and wearing costumes ranging from the lighthearted and adorable to the gloomy and ghastly. And then there's my favorite event--LOTRO's Fall Festival and all of the wonderful rewards that come with it. Each of the outfits below features a barter reward from the festival.

As some of you may know from Twitter or the Issue #132 of the Beacon, Rangers of the West, is hosting the server-wide fashion contest, Frights of Fancy, on Sunday, October 27th. Both Makaia of Style of Middle-earth and myself will be presiding as judges. There are two main categories--"Scariest Outfit" and "Autumn-themed Outfit." We also had a third theme planned, the "Look-a-Like," but after much debate, it was dropped from the program. This part would have had players dressing up like major characters from the lore, specifically from the time period between The Hobbit and Return of the King. Seeing as Gladden's not the busiest server, we didn't want to risk having too few people for too many categories. (This could be brought back if we have enough interest on the forums! *cough cough*)

Even though I can't enter the contest, I plan on dressing the part on my Minstrel and changing outfits with each theme. The first outfit, featuring an elegant red dress, falls into the Autumn one. The second outfit, featuring a black dress embroidered with barren branches, fits in the Scariest one. (This is a modified version of an old outfit.)  And the third outfit? This is my interpretation of Eowyn, for the scrapped Look-a-Like, before she secretly joins the ranks of the Gondor-bound Rohirrim.

Enjoy the festivities! I hope to see many fellow Gladdenites at next weekend's fashion show! 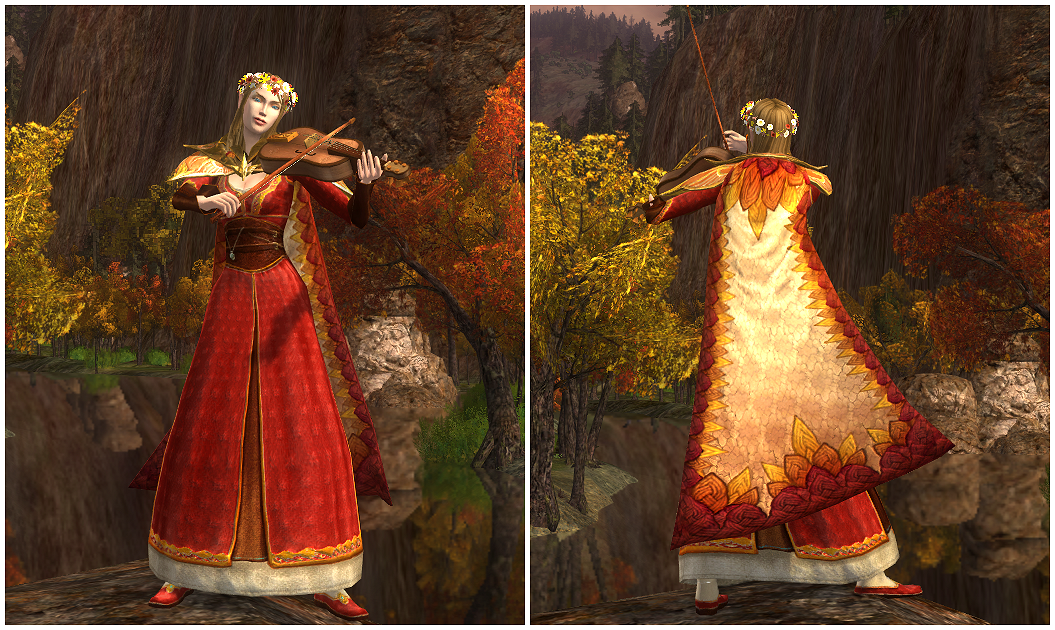 **Shares same skin as the Shoulder of the Lady's Grace, bartered from the Minstrel class trainer in Lothlórien for an elf-stone from Dâr Narbugud.
***Sunset Orange is a wonderful alternative to red. The dress looks slightly, but noticeably brighter. 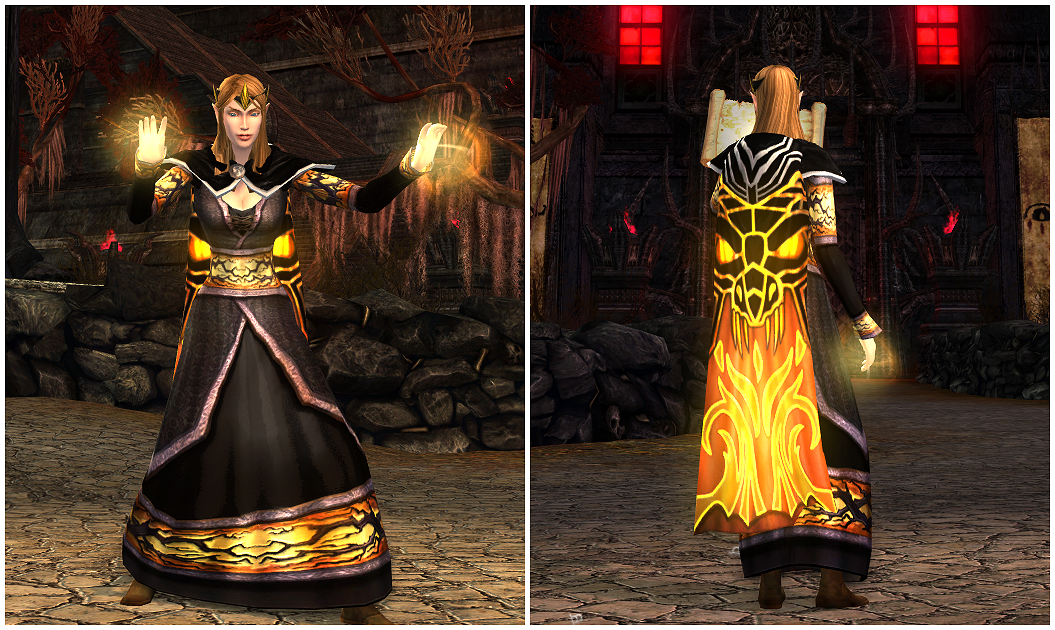 ***Available at Lalia's Market at the time of writing this. I believe this alternative is 100 MC. 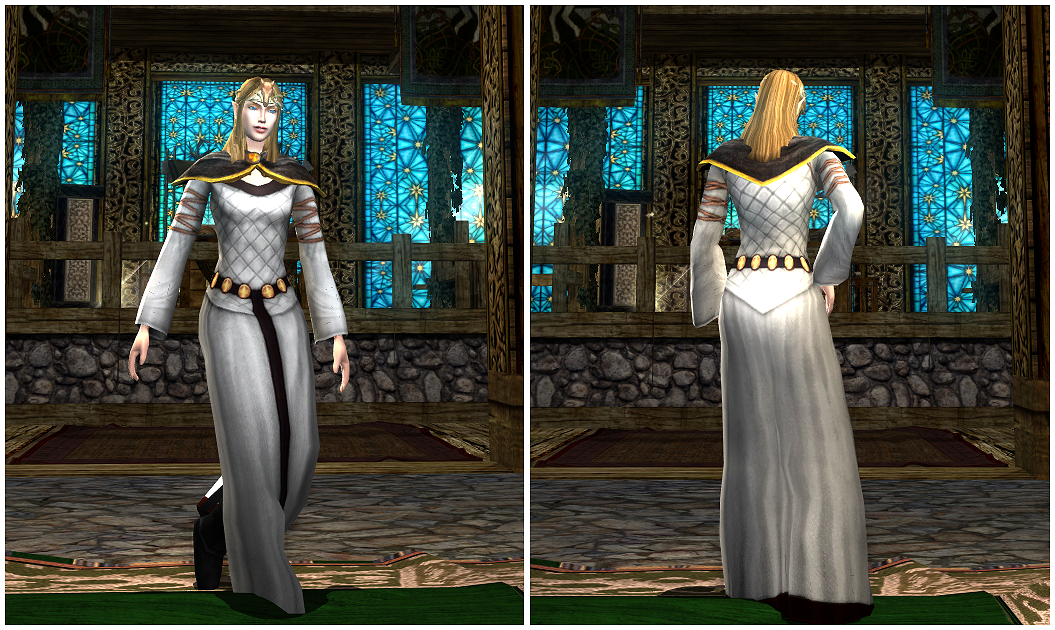 ****This skin also has the chance of dropping from creatures within the Mordor daily resource instances.
Posted by Nath at 10:00 AM