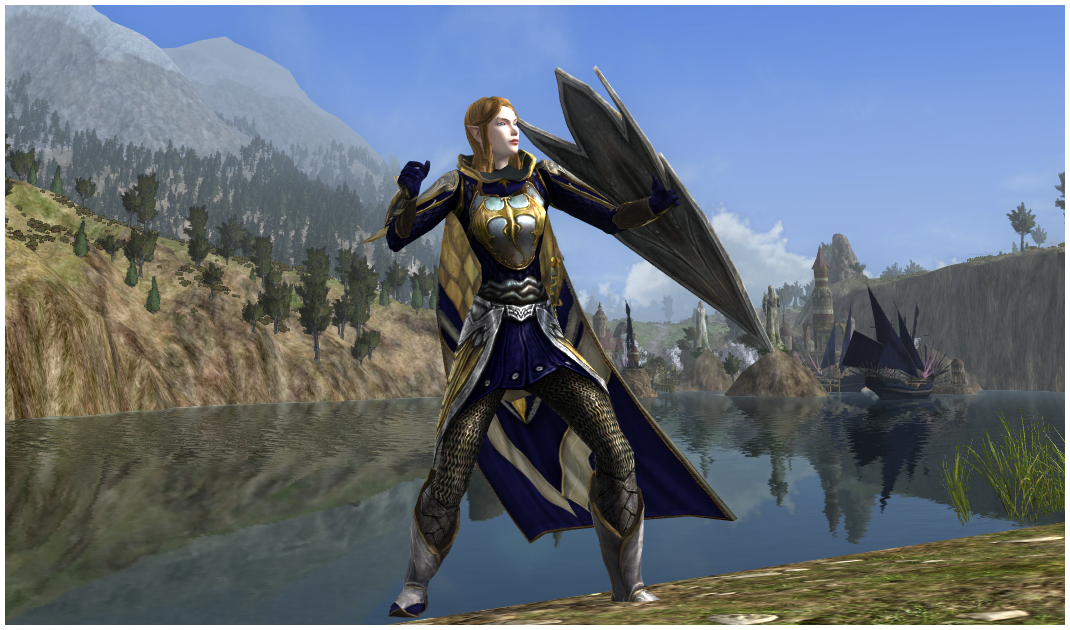 Posting here again is an incredibly surreal experience for me. A part of me feels like it never left. The rest feels like it's forgotten how to do everything. The last time I wrote a post was back in January of this year. Can you believe it's been eight months? Originally, it was my intent to leave LOTRO entirely, as I had been fed up with the development of the game, the mass exodus of players I knew, the rampant negativity of the official forums, and cosmetic blogging had become a chore. You'd think I'd have been over this MMO entirely by now, but I discovered that I could never truly bid farewell to Middle-earth. Casually leveling my baby Beorning without any attachments to other players allowed me to experience and appreciate the early areas of LOTRO for the first time in years. I fell in love again, having a second romance. It also doesn't help that Tolkien's lore has been a part of me since I read the Hobbit nearly 20 years ago. And then there are the other reasons included in the last post I made. 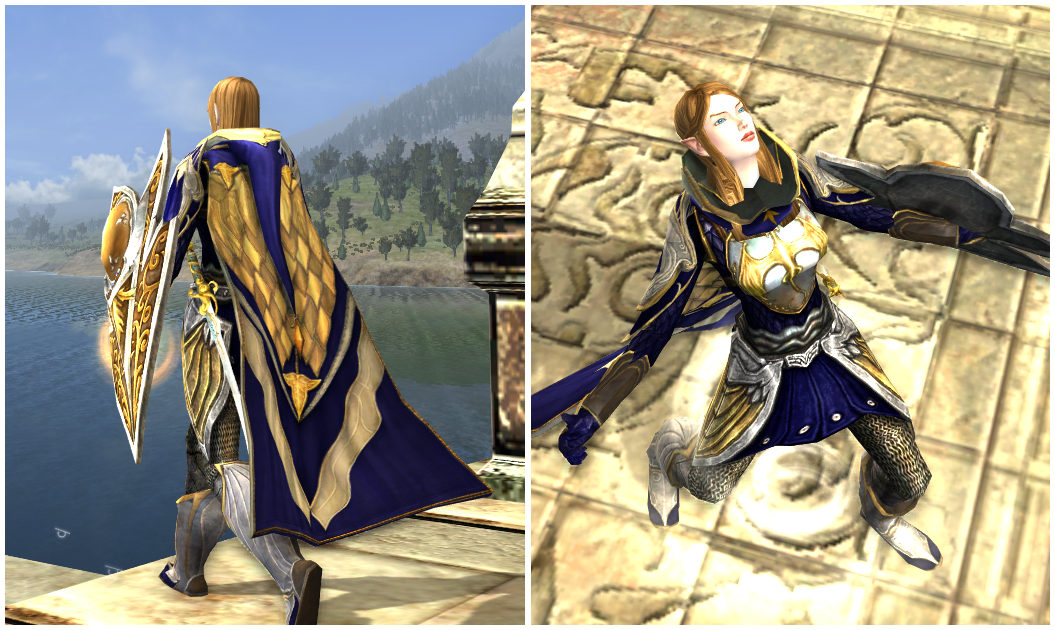 This time, I'm back with a new purpose. A leisurely approach, in fact. I'll post an outfit when I feel the desire. No more weekly entries. I no longer have the time or energy to maintain such a rigorous schedule. As for playing the game itself, I found a relaxing, stress-free home with Rangers of the West on Gladden. I won't ever have to worry about collecting top tier gear or being forced into raiding or grouping. I won't have to worry about taking on major leadership roles. I can finally play LOTRO and have fun doing it (and fun is the #1 rule in this kinship). After all, these are supposed to be hobbies! 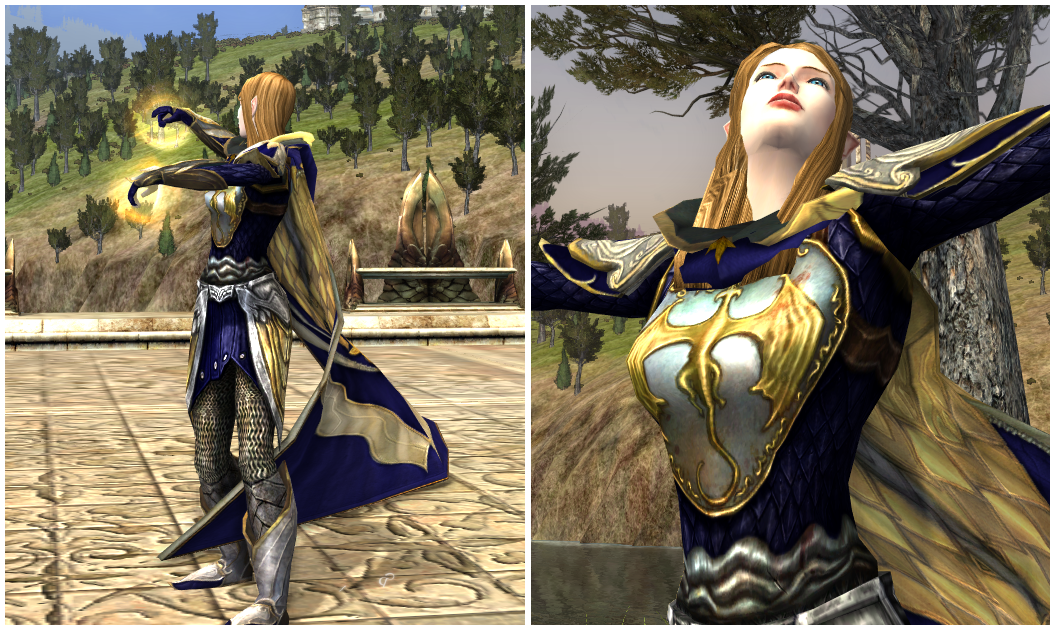 I hope to have some original outfits, despite the insatiable urge to throw the Shoulders of the Mighty Verse into EVERY outfit. So far, I've been doing good. Slowly leveling that Beorning of mine has given me the chance to use the latest festival rewards and discover a new appreciation for old skins from the Shadows of Angmar. Expect to see some unusual combinations in the future. Oh yes, speaking of new combinations, I'm acquainting myself with cosmetic weapons and shields. I've found it rather difficult to coordinate them with gear, as the pool of skins is extremely limiting. I'll try to squeeze an entry in here and there with them, but I'll mainly focus on attire.

Anyway, I've written enough for the week. Enjoy this entry, a combination of gear scattered across Middle-earth, drawing on elven fashion from the Moria expansion and the Dunland-esque styles from the race of Men. This outfit is sure to drive fear into the hearts of drakes and their kin! 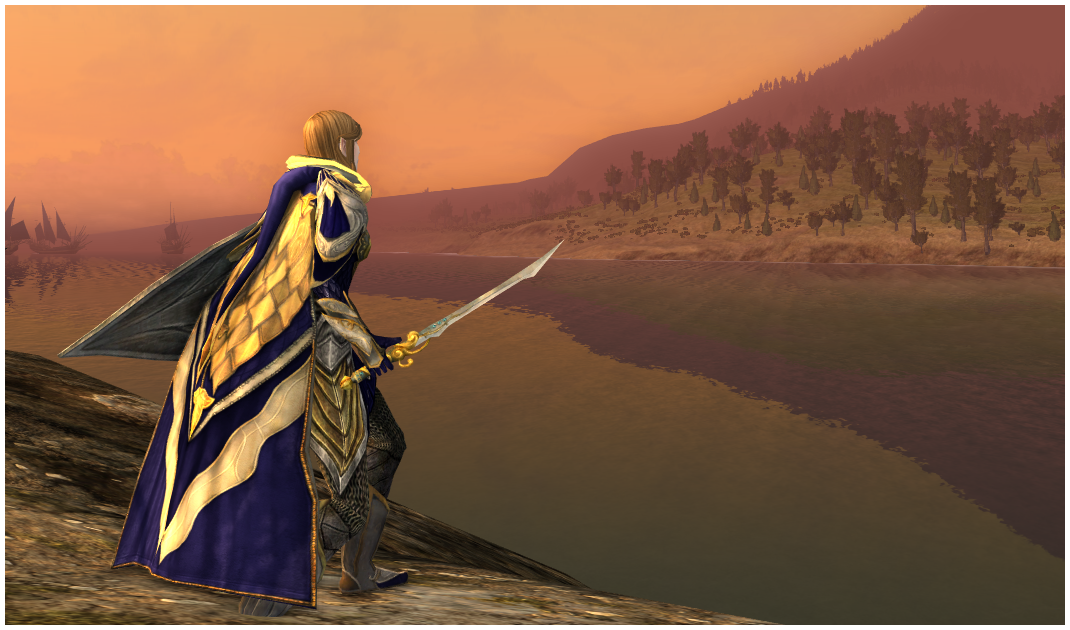 **Courtesy of Careth, I've learned that Vol 2 Book 7 Chapter 3 rewards the Blade of Unity, a sword that shares the same skin as the impossible to get Torvegil.
Posted by Nath at 9:00 AM