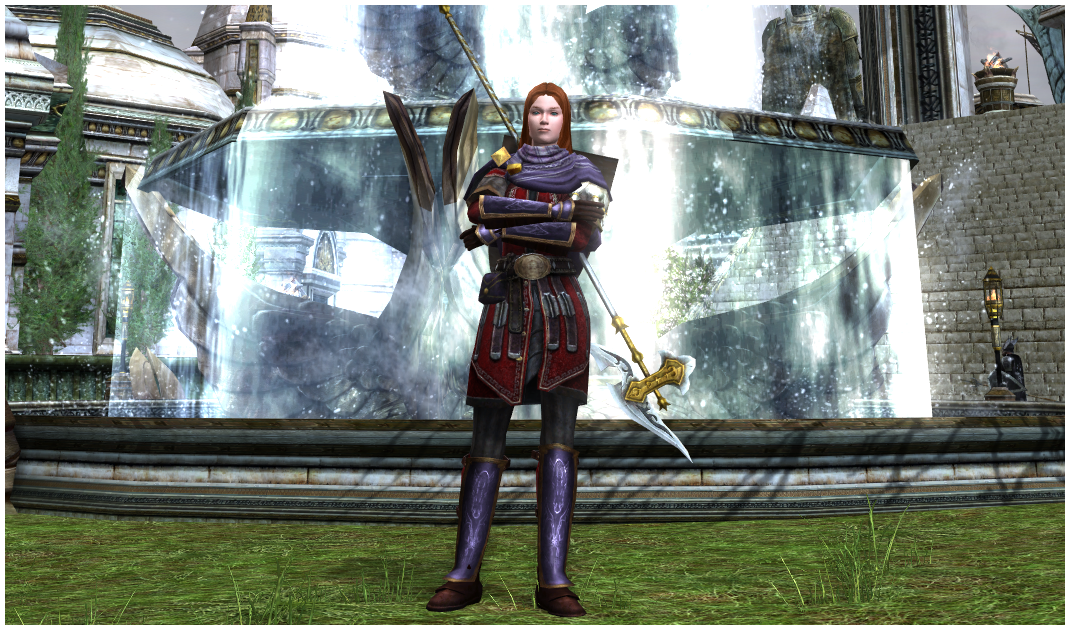 It felt so surreal writing this outfit entry. My last set of them was posted in November. Before then, July. I'll admit that outfitting in LOTRO isn't what it used to be. Material Middle-earth has been around since 2012 and it's become progressively more difficult to find original combinations of attire and color. However, it's certainly not been an impossible task. I've spent some time pouring through other cosmetic blogs for LOTRO, looking at what others have used (or not used) that way I could create something unique. And this, at least to me, qualified as such. I've never seen anyone use a particular reward from the Volume 4 epic line, the Robe of Anórien Mercy. Thus, it became my central piece. 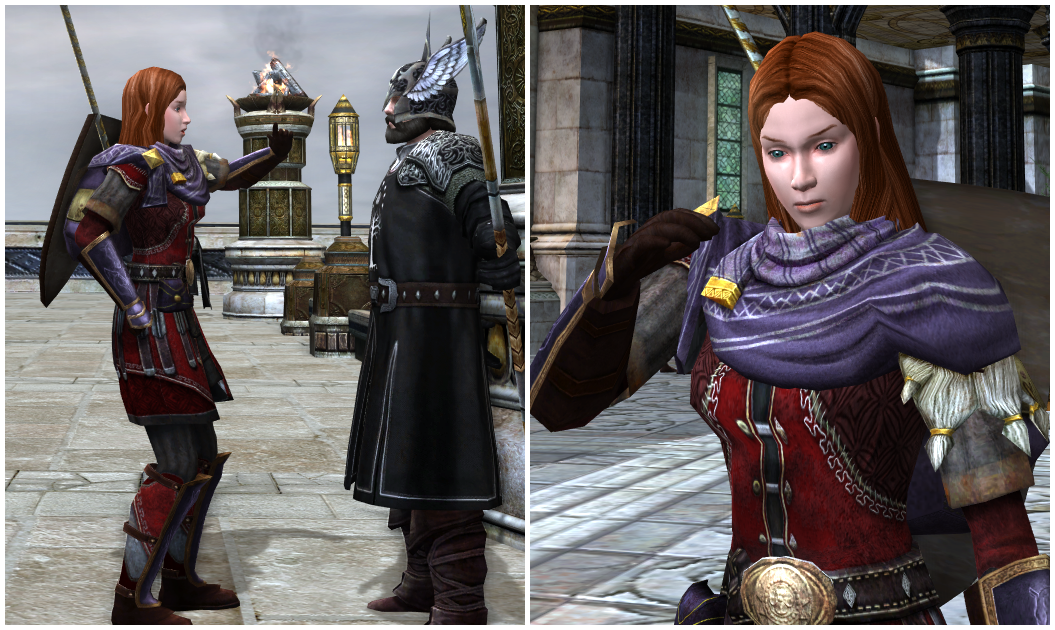 I wasn't quite sure what to do with it at first. Other than in name, this robe didn't feel quite Gondorian. However, it looked as if it were something worn by a person of some importance. Not quite nobility, but definitely not common. While cycling through my vast collection, I tried pairing one of the Harvestmath Festival rewards, the Pack of the Anórien Autumn, and entertained the idea of a herald. A herald swiftly traveling the dangerous roads of Gondor, delivering messages of great importance between various settlements and encampments. However, someone assigned with such as task would need additional protection. Finding simple guards for the arms and legs would help this messenger ensure delivery and/or arrival in a timely fashion. It may not have been the greatest concept, but I loved the resulting outfit. 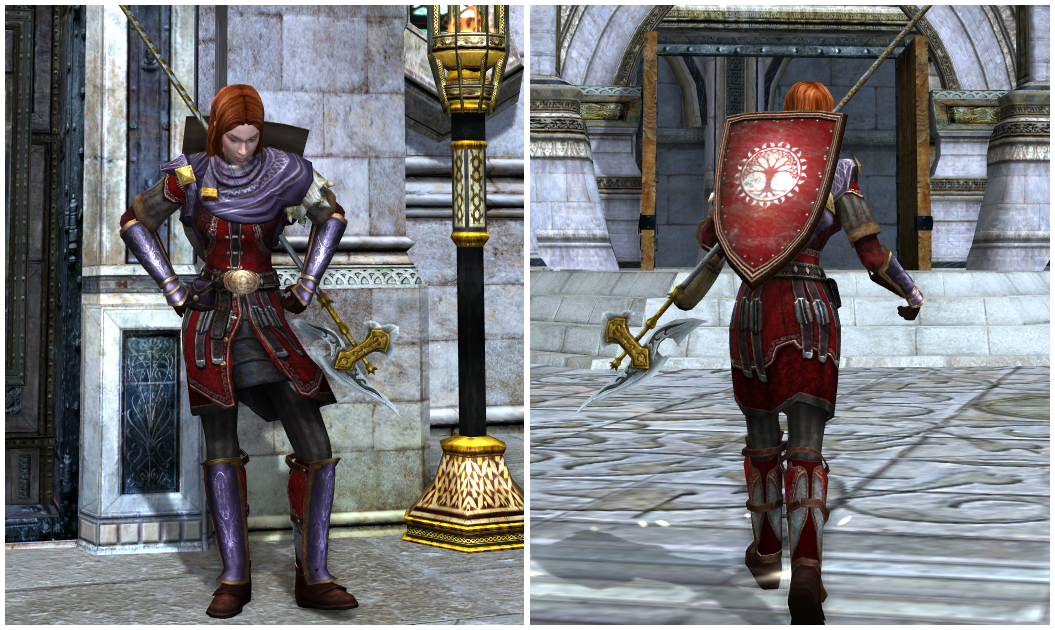 I can't recall if I've said it, and I may very well have, but once progressing past Western Gondor, I've had access to some distinctive skins. Most of them have come from capstone quests in each zone, from the epic quests, or from zone currency vendors. They've required a fair bit of work to acquire, being gated behind quest chains and extensive currency collecting. If all goes as planned, I'll be posting outfits containing some late game pieces. Hopefully the grind for essences doesn't do me in first!

I should be returning to the monthly post routine, adding a new creation every first Saturday morning Eastern time. If I have extra time, I may submit more! 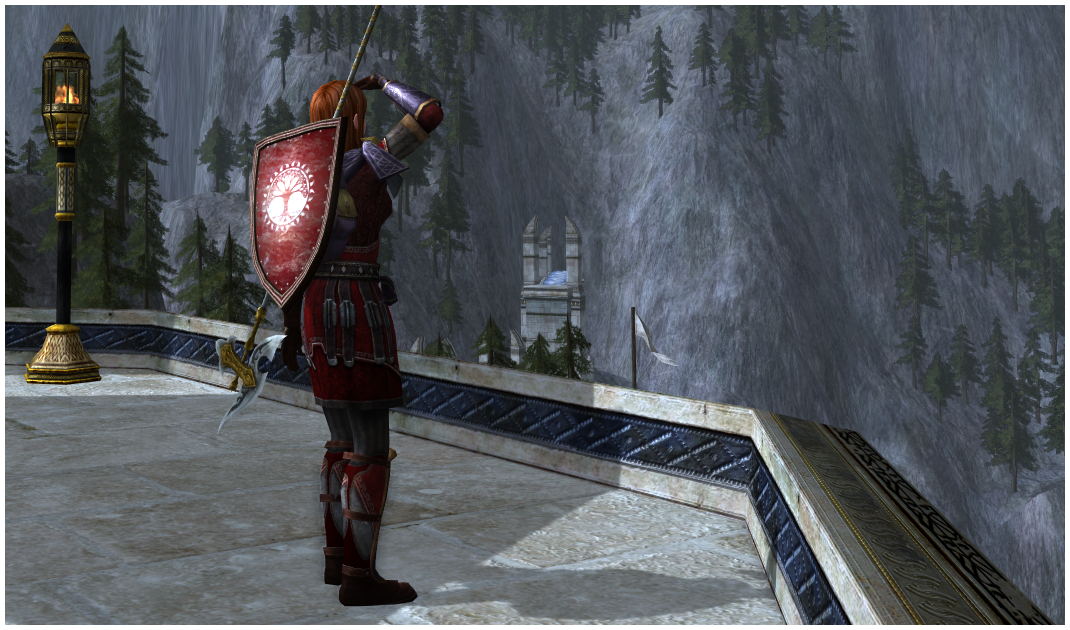 Weapon: Arnorian Commander's Halberd
Posted by Nath at 10:00 AM