Ward of the Mountains 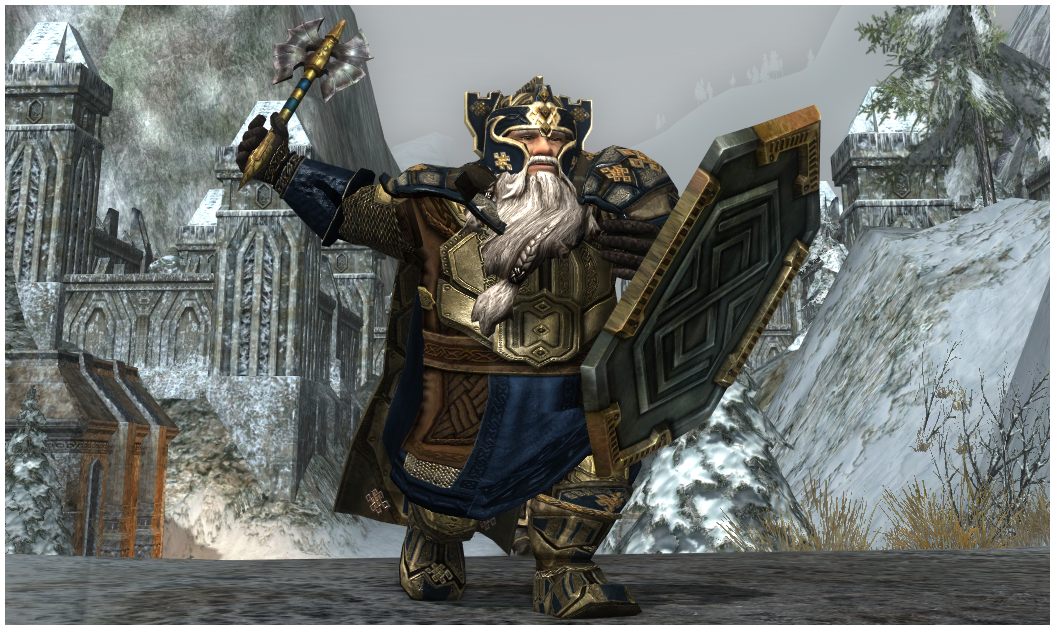 As this was my second dwarf outfit, I thought I'd just dive in, not put too much thought into what pieces I would use, and follow my fashionable instincts. What resulted was a heavily armored dwarf  that was also armed to the teeth (lots of pointy weapons, too). The outfit itself does feel a bit cumbersome, but it works. The only thing I'm not particularly fond of is the hauberk-style heavy chest piece, the Reinforced Chestplate of the Adventurer. I'm not quite sure if it was that only the top half was plated or how flat and curveless it appears when donned by a stocky dwarf. Then again, I've been getting used to dwarven body structure these past couple months and the U23 skins have made it easier. 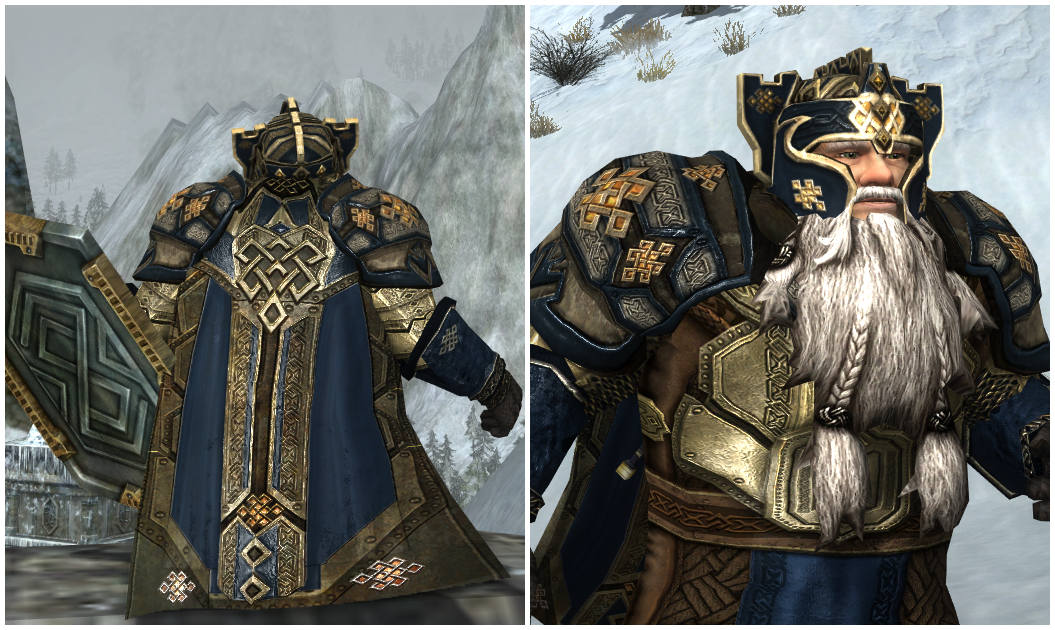 I must say that the new appearances have amazed me. The statted skins within each armor class looked very similar to each other (heavy quest rewards versus heavy crafted gear, for example) except for a few subtle differences in texture and ornamentation. That's something I've decided to explore with future outfits. There's also the cosmetic clothing found through the token and ember vendors, I'll be sharing some of those too through outfits already scheduled. At this point, I've collected most of them thanks to the stockpile of Sturdy Black Keys earned from Mordor dailies pre-U23, either though the embers awarded by the lockboxes or the lockboxes themselves.

[UPDATE: If you've come from the article on MassivelyOP that quoted this passage, I think they've got the wrong impression. This entry is about an outfit design, not about gear stats or game mechanics. I'm flattered for the mention, but this isn't very helpful to their article subject. I think this may have been intended for the "One Shots" category.] 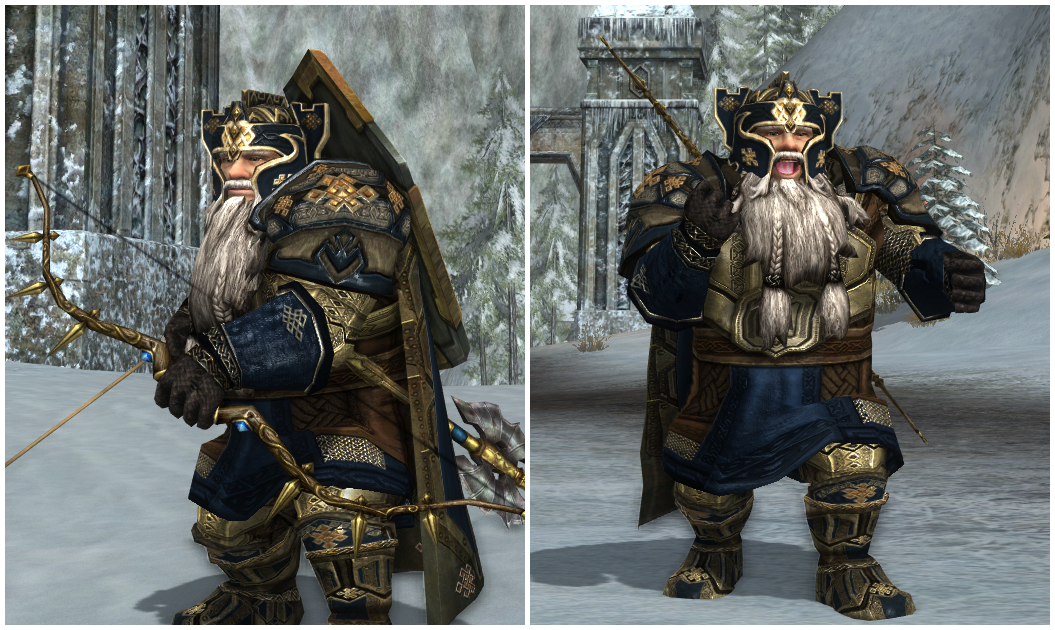 It's also ironic that my dwarf is too underleveled to visit Ered Mithrin or the Iron Hills, even by Mithril Coin. I would have loved to use those zones as screenshot locations. Instead, settled for other locations in Middle-earth that have approximated the new zones' atmosphere.

And by the way, the depths of my insanity can't be measured. I actually leveled a fresh Guardian to 30 just to get the shield featured here. Rodamath was exclusive to the Guardian class quests. And I only pursued it for it's design, which fits perfectly with the other outfit pieces. I swear I haven't gone crazy...not yet, anyway! 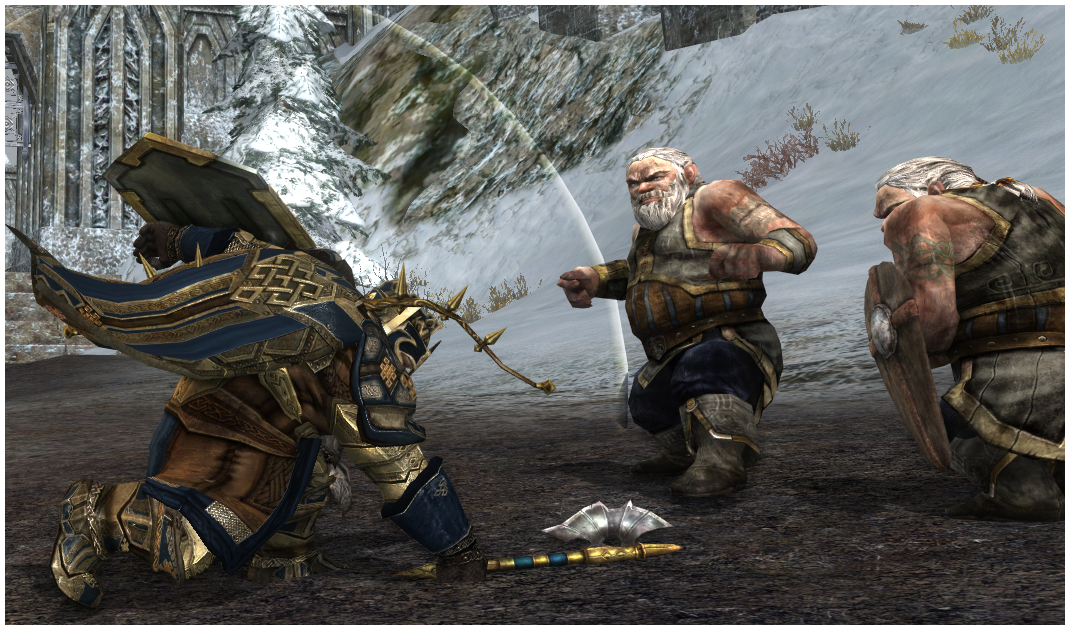 **These also share skins with their Ironfold crafted counterparts. The Helm of Stonehelm, Pauldrons of Stonehelm, and Sabatons of Stonehelm recipes, respectively.
***These gloves frequently also drop from the Adventurer's Steel-bound Lootboxes
Posted by Nath at 10:00 AM