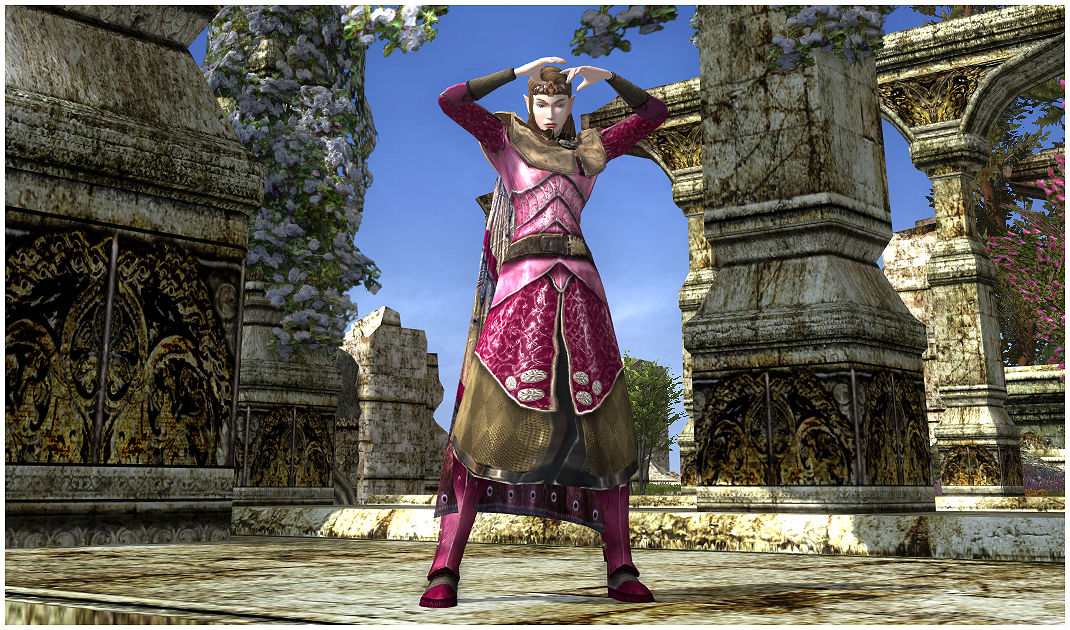 I loved Minas Morgul. Definitely one of my favorite expansions to have graced LOTRO these past twelve years. Between Mordor Besieged and the Morgul Vale, the story was amazing and the landscape design phenomenal. However, the Vale itself was one of the darkest regions added to the game. My Rune-keeper, known for wearing dark or earthen-toned clothing, was blending into the landscape. It was difficult to play while traveling through light underbrush or while moving against the ethereal glow of the citadel's high stone walls. Sometimes, I didn't know where I was unless I was flinging lightning in some unsuspecting warg's face or roasting spiders in the web-covered Taurlingol. To fix the problem, I took some unusual measures and dived into my dwindling supply of shire plum, which I'll have to replenish next Spring. 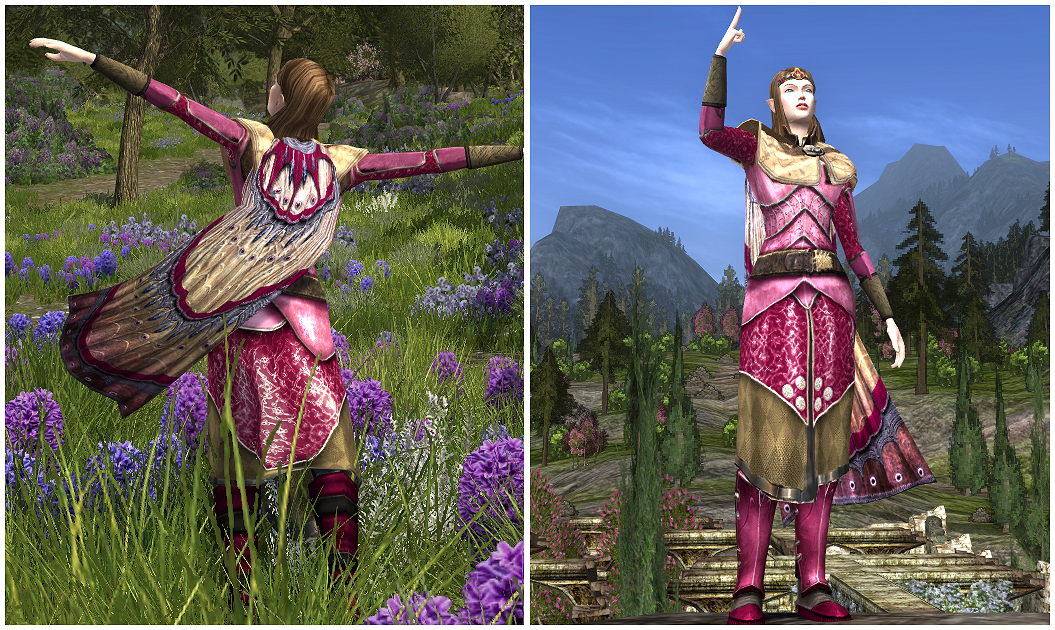 It's not one of my most used dyes, as shire plum is a highly saturated and bright--sometimes obnoxiously bright--color. But, when used correctly, shire plum will make stunning outfits. Personally, I find it best used on gear that washes it out, much like the Lacquered Chestplate of the Ithilien Captain does. And it gave me the perfect excuse to use the rarely seen Cloak of the Northern Lights. Those two pieces seemed made for each other, and I didn't want to break up the pairing. The trouble was fleshing out the rest of the outfit. The floral pattern of the shoulders referred beautifully to the chest piece while seamlessly blending with the cloak. The boots, though questionable, were the only ones I had that dyed well while covering up the slate blue of the leggings. And I fell back on the Dunland-acquired braces, which I've used far too often (may need to retire those for a while).

Not quite the perfect outfit, but I love it nevertheless! 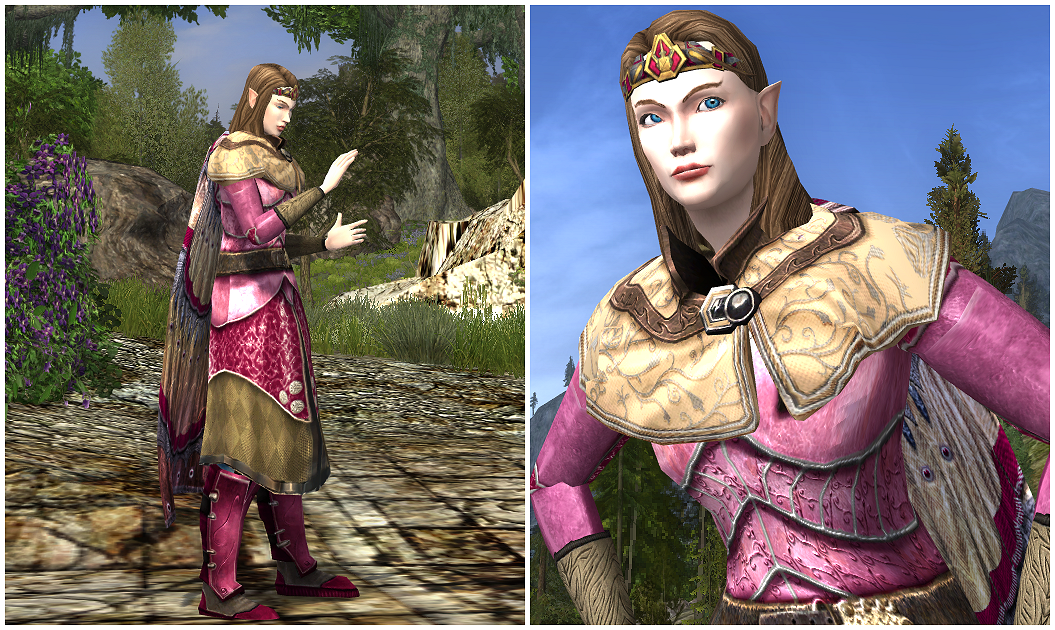 **Also has a chance of dropping from the old Sturdy Steel Key lootboxes.
***Many Dunland quest rewards share appearances. To see where else these skins can be earned, check out the LOTRO Stylist's guide.
Posted by Nath at 10:00 AM