Greetings! Between a lack of time, a serious burn out, and adjusting to a global pandemic, I've fallen behind in all of my MMOs, missing updates and events. I don't know when I'll be ready to return to online gaming, but I did have a chance to explore LOTRO's Midsummer Festival, which coincides with Aragorn and Arwen's wedding, for a single day. Between a generous Twitter follower and kinnies who sent me gift boxes and a brief time spent collecting tokens around Minas Tirith, I acquired the latest cosmetics.

Sadly, I don't and probably won't have the time for tinkering with the Groom's Tunic and the Bridal Veil. However, I did have the chance to make three new appearances with the festival's new dresses. Inspiration struck hard and fast, taking no more than an hour to build, dye, and take quick pictures. I loved how billowy these dresses were, especially on a human female!

I'm not sure when I'll have the opportunity to post new content again, but I hope you enjoy this latest entry! 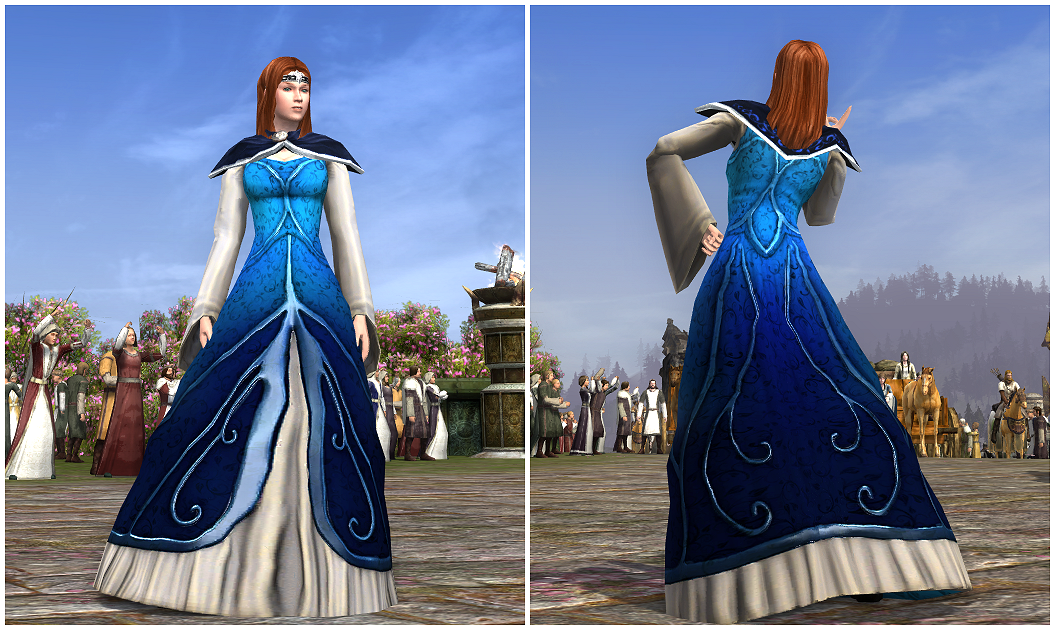 **This circlet skin can be obtained by any light armor class. Dome must be run on T2 at a minimum of level 50 and any boss can drop this box. 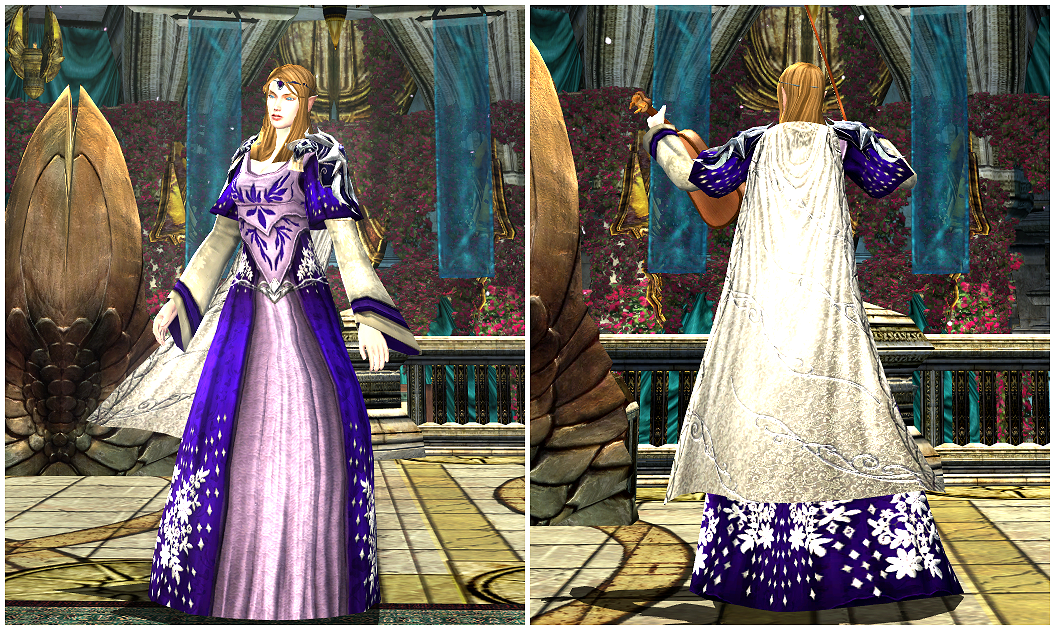 ***The LOTRO store version is dyeable as is the Circlet of the Night Watcher from Dol Amroth. The festival reward version doesn't dye.
****Although this box is no longer obtainable, these cloaks frequently appear on the AH. 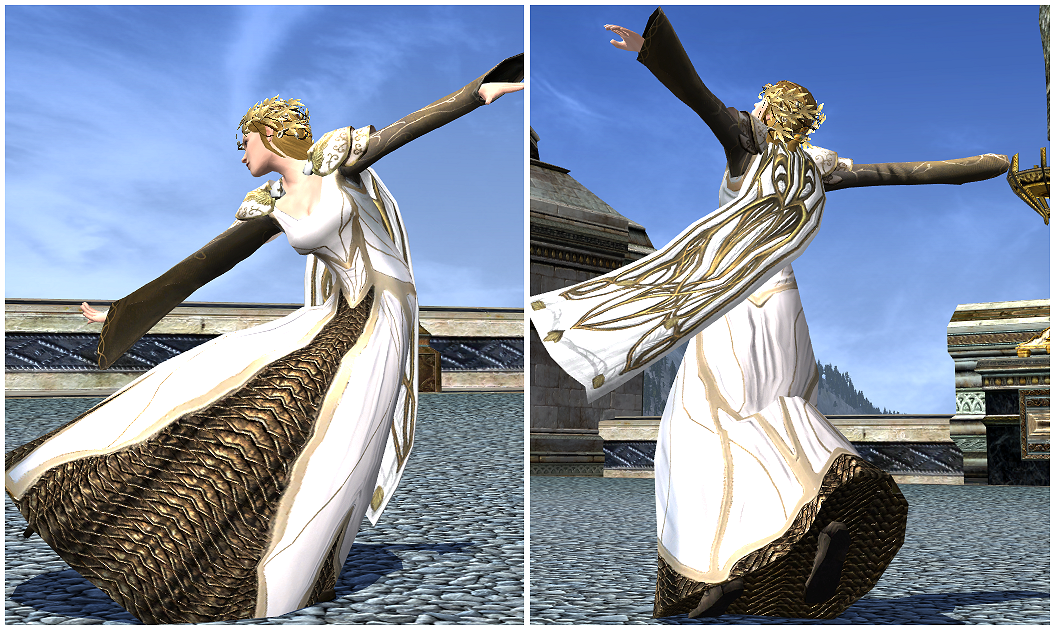