I need to put it out there that if I missed LOTRO's Fall Festival--my favorite one by the way--I might have quit LOTRO permanently. As most of my readers and Twitter followers know, this has been a rough year investing in LOTRO. It's been one thing after another, all in rapid succession. A pandemic that forced me into 60+ hour work weeks from April to September. (I had one afternoon of playtime this past July, and that was it.) I came back to an unstable game, due to a combination of issues with SSG's service provider and their server infrastructure. Once the connection issues stabilized early October, my PC monitor died. I replaced it, only to have my PC's motherboard and processor kick the proverbial bucket nearly a week later. I had no choice but to rebuild my PC, which took approximately three weeks.

Although these circumstances have been out of my control, I feel terrible leaving this blog all but abandoned this year. To make up for lost time, I'll be sharing three new outfits, each featuring a new cosmetic from the 2020 Fall Festival. Golden leaf motifs and tattered, perhaps more accurate to say leafy, fabric are the core components of this year's theme. Between the Leaf-turner cosmetics, which are somewhat reminiscent of pre-Isengard elven design, the spookier looking Autumn Sage ones, I'd say SSG has captured the festival's essence. I haven't been this impressed with the seasonal fall designs since 2018! 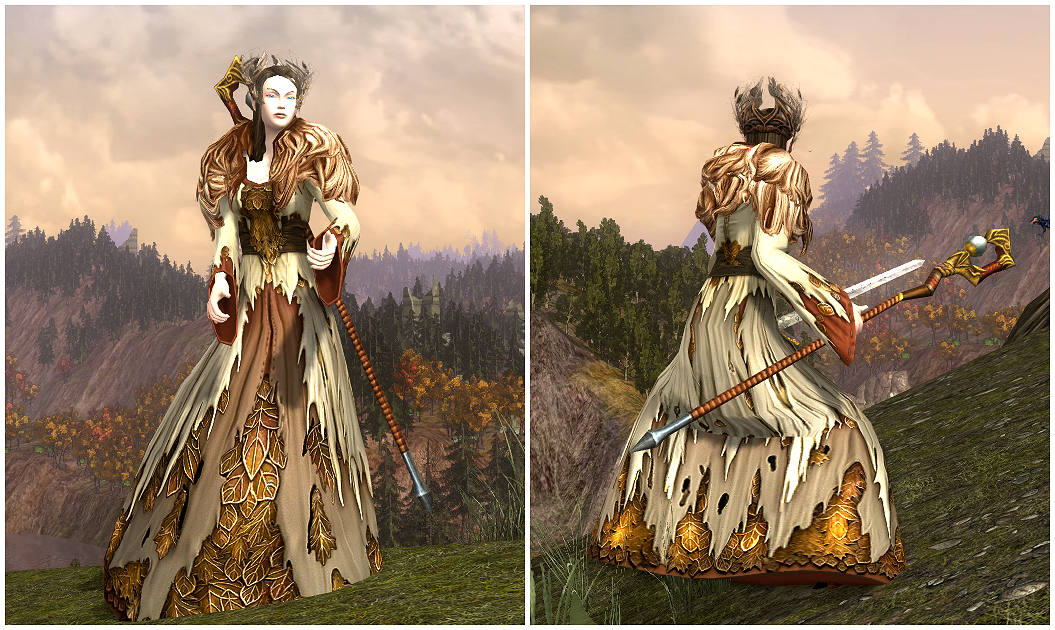 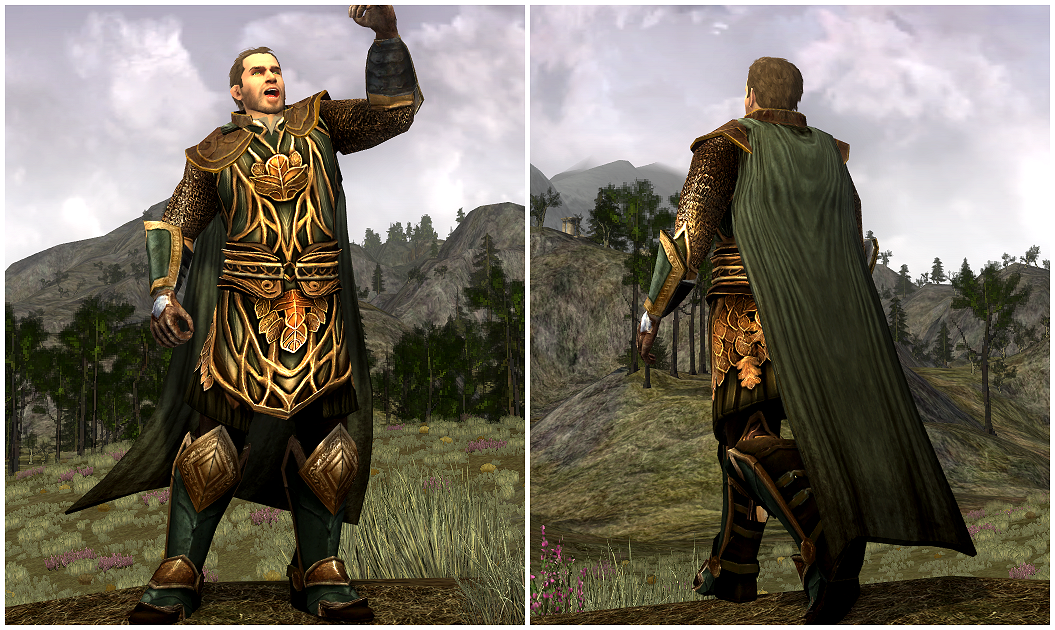 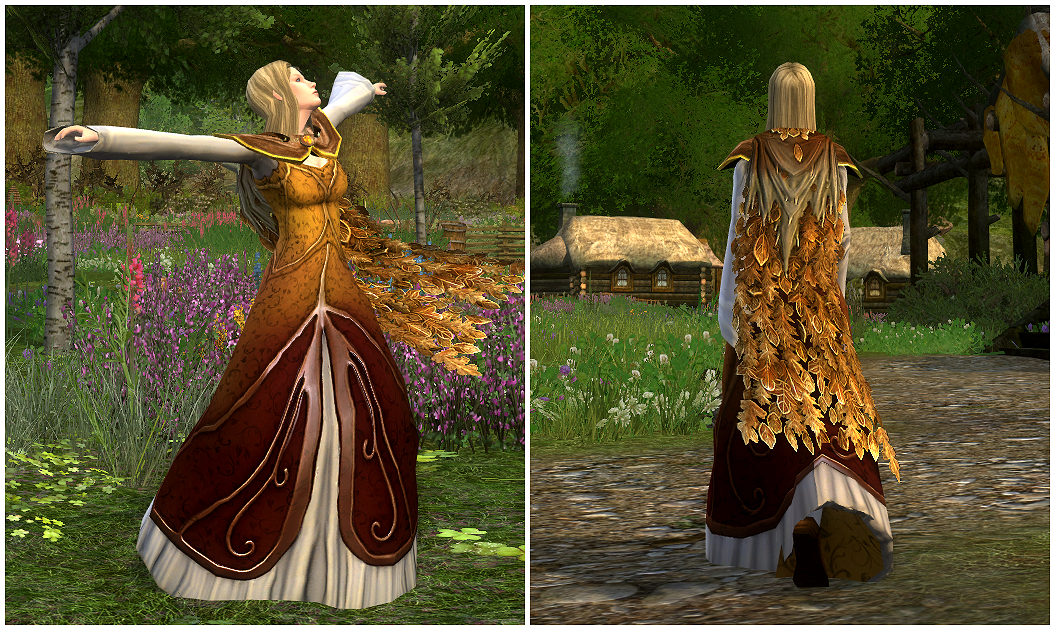 ***These Epic quest rewards are not to be confused with the reputation vendor rewards in Gondor. Though they have the same name, the vendors offer different skins. The ones seen here are unique to the Epic quests.

****This Mordor skin also drops from other quests under different names. Also, this skin can be found as a rare and random deconstructable drop in the Mordor daily resource instances.