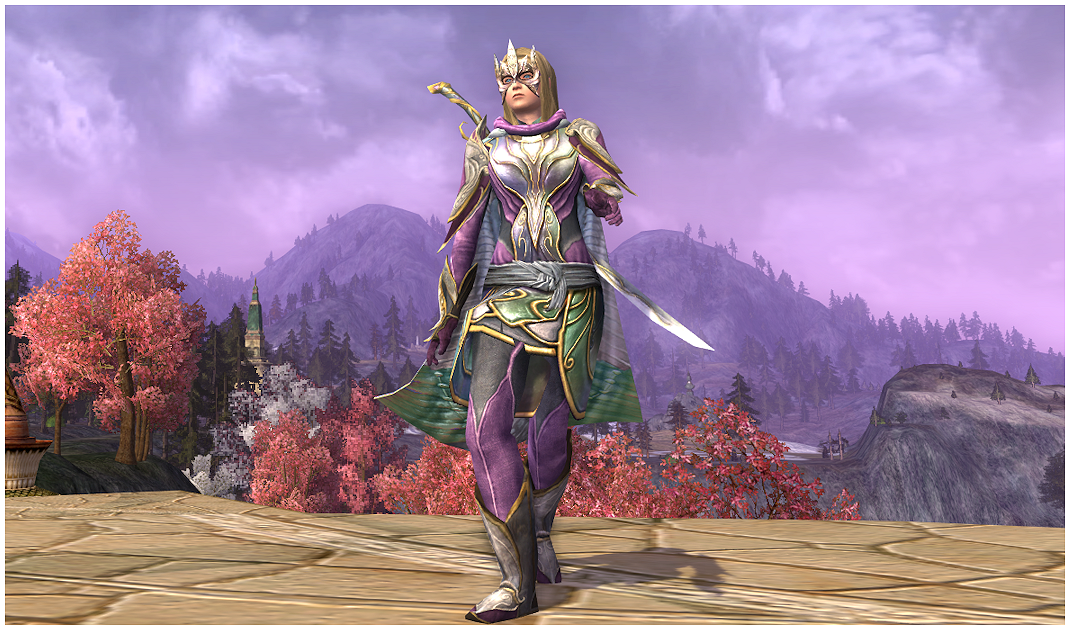 My, it's been a long time since I've uploaded an actual outfit. The summer kept me unusually busy, preventing me from investing any quality time in LOTRO and leaving me a backlog of outfits. However, it gave me the chance to gradually complete the Cosmetic Weapons Project. I haven't anticipated giving it any major updates in the future, except for new crafting recipes or when new vendors with swords and shields are added. It took over a year to add 1000+ images to that database! I'm glad it's finished, but there was an unforseen cost. I've almost used all of my free storage on Blogspot. That means I'll be cutting down on outfit images, starting today. I've even considered removing some from earlier entries as well, just to extend the life of Material Middle-earth.

Storage issues aside, there have been a handful updates to LOTRO in my absence. I've barely started Vales of Anduin and I very much need to complete it. Since the number of Embers rewarded from Skarhald dailies were reduced, I'll need the Vales dailies to supplement them. I often convert those extra Embers to Figments for cosmetics and housing items. And that brings me to the next topic. The Curator NPC. With the end of the Summer Festival, that particular vendor vanished. I was saddened to hear that, as I was still collecting those items. I wish that SSG had announced the Curator was a seasonal NPC months earlier...or at least from the very start. But now we have Rowan Raspberry...and new cosmetics to collect! As for this colorful and pastel outfit, it was supposed to posted somewhere around late springtime or early summer. Haha...oops! Better later than never, now that I've actually taken screenshots! It would have been better if the Curator were still active, then this would actually feel like a relevant and reasonably obtainable outfit. Thankfully, I made it a point to collect the Brilliant Forest Defender's cosmetics after their release. I love their iridescent shine. Very few items in LOTRO have that glossy texture and they made a perfect match with the shimmering cloaks, which require repairing a broken clasp earned from Saurman. And these rainbow skins go perfectly with rose, a dye I seldom use. Lavender also looked just as lovely! 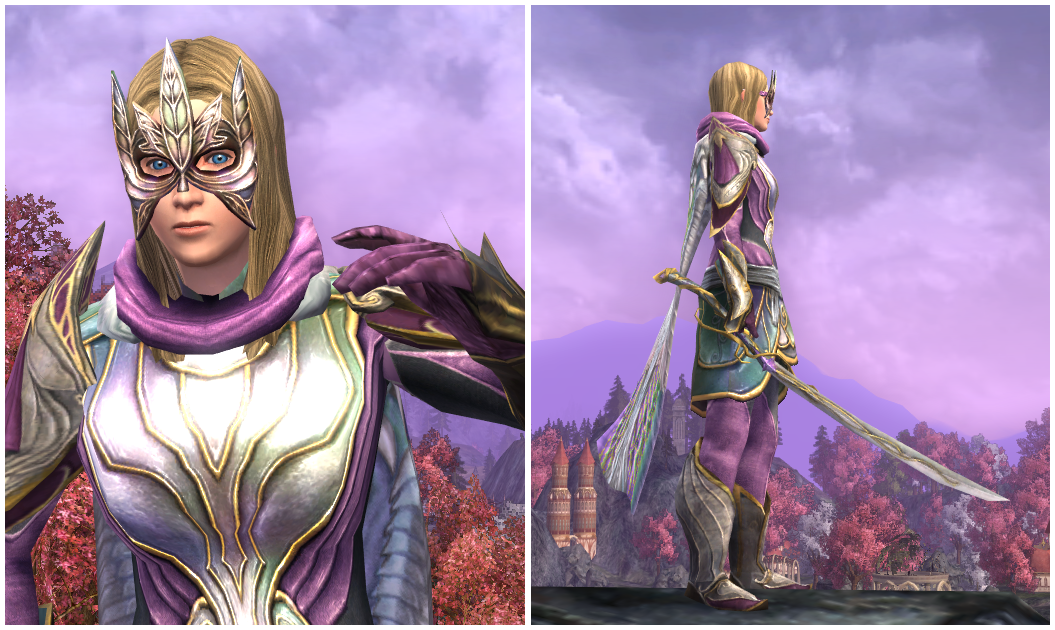 Weapon: Replica of Elor (Seasonal Curator NPC)
Posted by Nath at 10:00 AM