For a while, I've known ﻿that I was going to purchase the Riders of Rohan pre-order package. I assumed there would be special mounts and/or cosmetic items, like every previous expansion. What kind of items and how'd they look, I had no idea...until now. To recieve all the cosmetics, you need to buy the Legendary Edition. The Heroic Edition only contains the Hauberk and steed:

For those of you interested in seeing what each package has in terms of the non-cosmetic features and a comparison breakdown, please visit Riders of Rohan pre-order site for details. Make sure to click the Compare Editions button!

The Steed of the Eastemnet 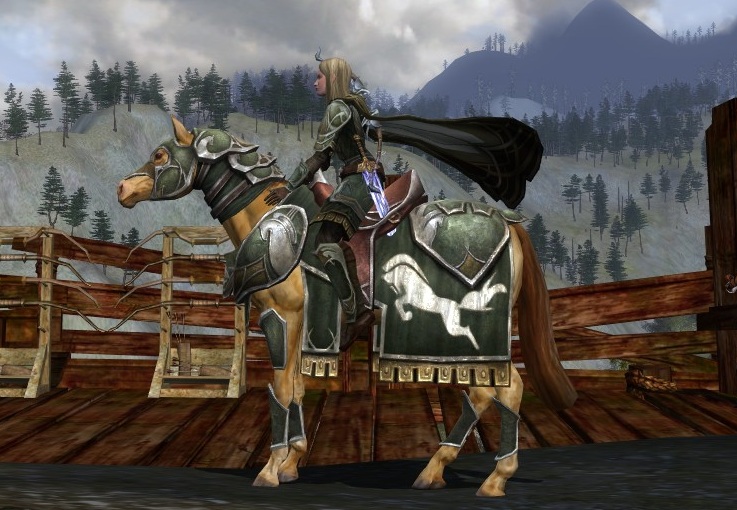 ﻿For a while, I've wanted an armoured mount. Honestly, I've been too lazy to grind out those Orthanc sigils for the Isengard War-Steed. I'd have to say that this mount looks awesome. Riding into combat on the war-steed version when Rohan is active will going to provide an epicness no other mount has been able to deliver! Congrats to the person that designed the barding for this exclusive steed! Sadly, there's only one skin for this steed...unlike Rise of Isengard, you don't have three skins to choose from.

Maybe we can petition Turbine to add weapons to the mount as well! 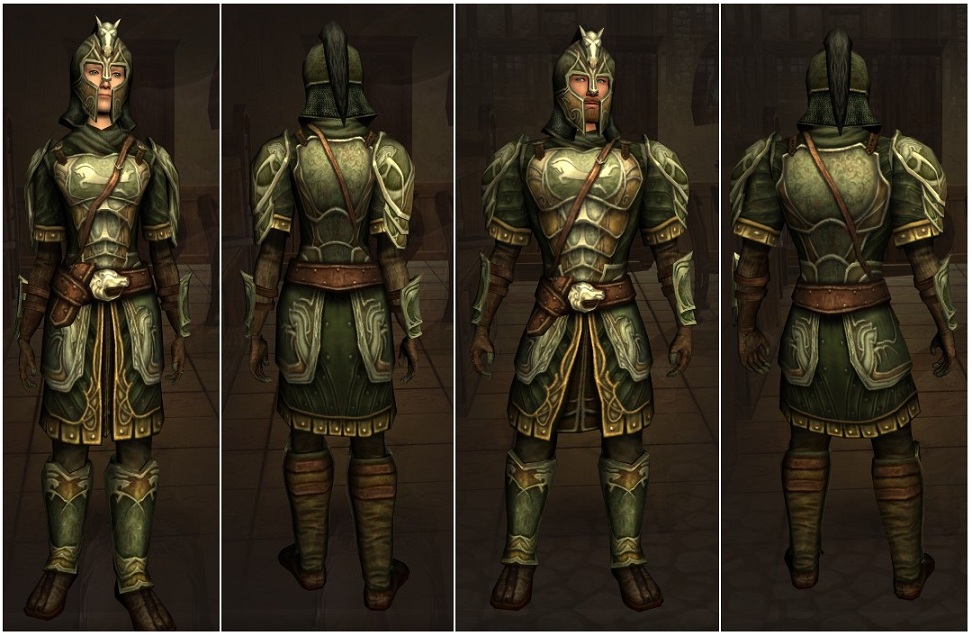 Unfortunately, the Eastemnet set﻿ can't be dyed. Nor does Turbine provide you with alternate colored skins like with the Rise of Isengard pre-order cosmetics. However, I'm also impressed with the earthen appearance of this set. it's not very often you see such detailed work put into any cosmetic piece outside of the festivals. It goes very well with the matching steed too! Definitely going to be riding around in this set on my champ for a while. 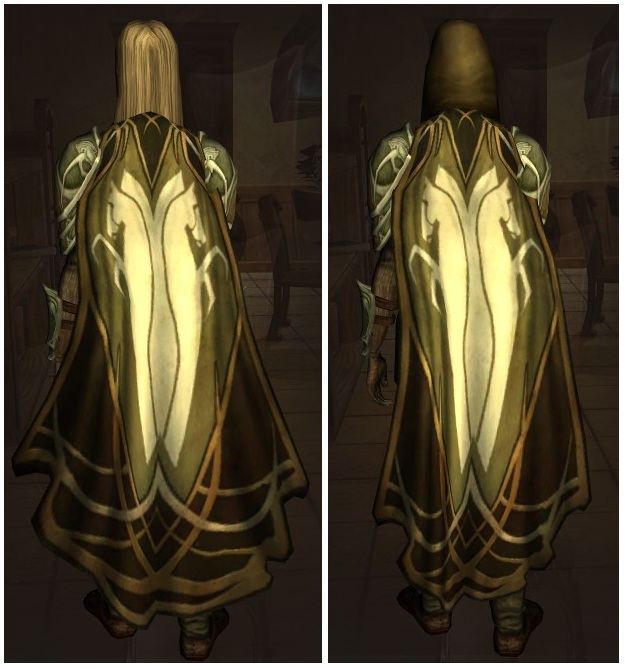 Continuing with the horse theme, Turbine has also graciously included cloaks with actual stats! The four cloaks look decent, each version proudly displaying a dual-horse centerpiece. Two of them are hooded (Arodness and Hwatness) and the other two are hoodless﻿ (Afolness and Framness). Like the other comsetics, these too are not dyeable.

EDIT: Also, there is a new deed related to the Legendary pre-order (if anyone can confirm it's Legendary exclusive or not, please do) that nets you this cloak after completing 60 horse related quests starting in Combe. This is called the Cloak of the Equine. It's completely dyeable, so you could have your own little army of My Little Ponies running around your server! 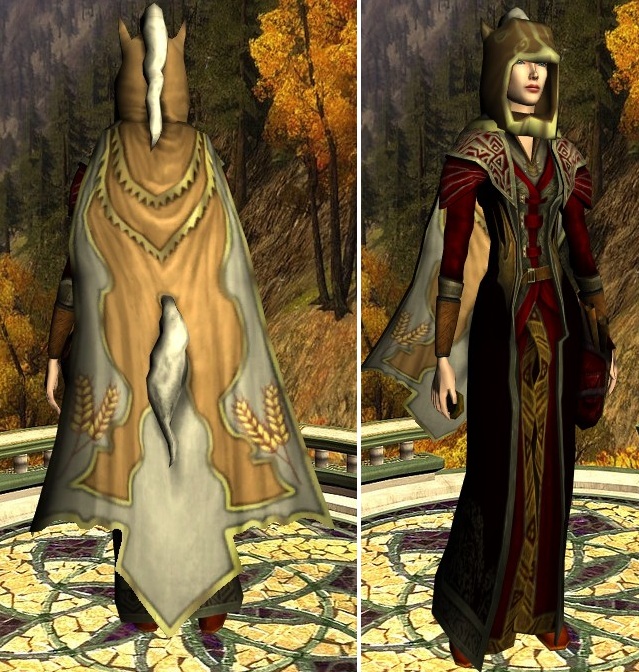 If you do comment here about the cosmetics, please do not complain about the pricing of the packages. Leave that for the actual LOTRO forums in the pre-purchase thread. Thank you : )