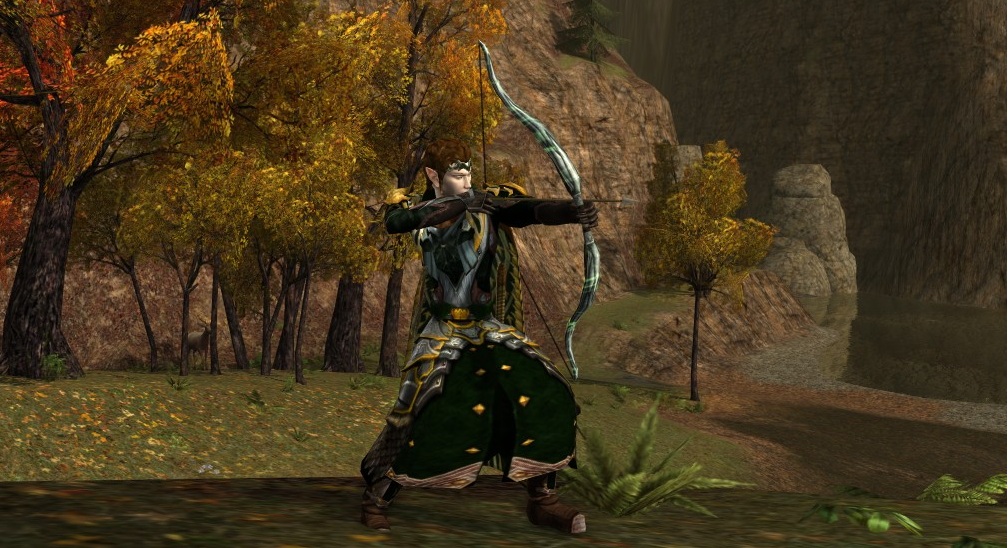 Confident, yet uncouth, the young Emeridir Calendathar spends most of his time practicing his skills as a marksman in the Tâl Bruinen. Though more likely to use distant trees as targets, he has been known to take down, with a swift stroke, any of the straying Gauredain that have aligned themselves with Angmar. There was a time when the Elves of Rivendell and Eregion traveled the roads of the southern Trollshaws freely, but as evil encroaches upon this land, he's always felt that it's his duty to preserve the peace...whatever is left of it. 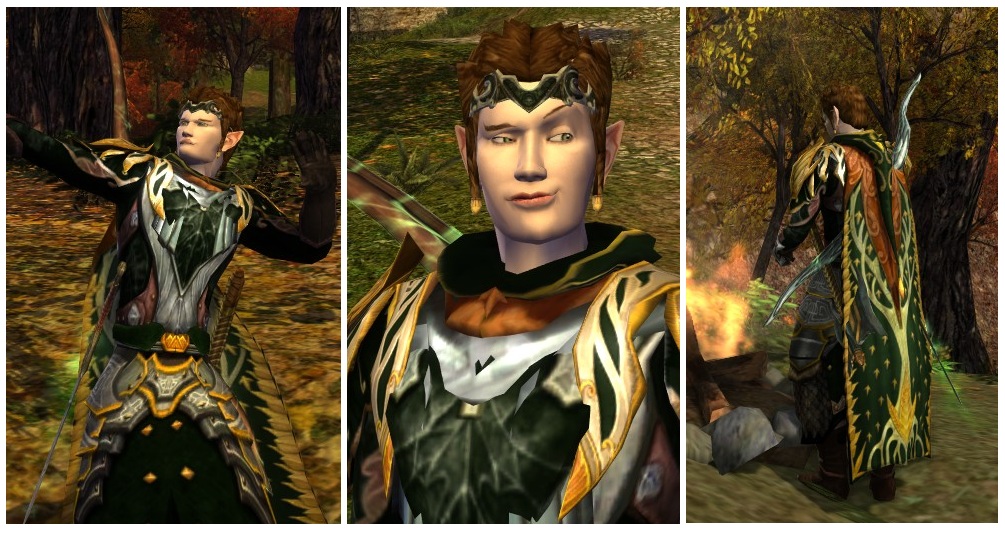 ﻿From time to time, he encounters small groups of travellers and graciously offers to escort them through the wilderness...especially when an elf maiden is present. He tends to flirt with them openly and shamelessly, always putting his bow where his mouth is with his greatly exaggerated tales and boastings. Far more often than not, he drives away his temporary companions with his unrefined and obnoxious behavior. Youthful and impulsive he may be, but one wonders when (and if) he will ever grow up?

This has become a favorite outift of mine. LOTRO provides a significant amount of pieces using leaf shapes and patterns, which is great for someone who loves natural scenery both in real life and in the game. I had been wandering through the Trollshaws recently, wondering if I could create an outift that matches such a warm and colorful atmosphere. It took a while, especially having to use cross-class gear from specific class vendors to achieve the desired effect. There's a little bit of clipping between the shoulders and breastplate, but with the coloration of the pieces, it's not terribly noticeable...and it does blend in rather well, I think! Hope you all like it!