Sword Maiden of the Folde - Satella of Gladden 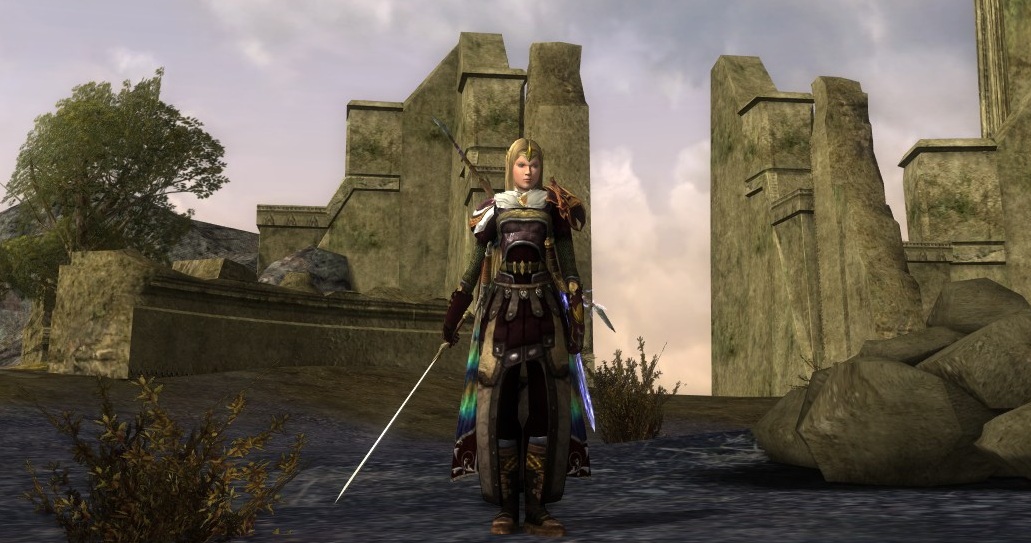 Since the early days of her childhood, Satella has fiercely heard the call of justice. As a young girl from Aldburg in the Folde of Rohan, she loved to join the boys in their mock battles from the days of Eorl the Young. By far, the Battle of the Field of Celebrant was her favorite. She refused to play the part of the Gondorians who were saved, for she always insisted she would be one of those brave Éothéod who saved them from the Easterlings with the feeble stick she formidably brandished in her hand. While her parents had insisted she learn the skills needed to maintain the home as she reached maturity, she took secret lessons in the sword arts. Once she reached the age of twenty, Satella revealed to her family that she would take up arms to defend her homelands, much to their dismay.

Satella has traveled far in the five years she's been away from home. After patroling the Anduin and Entwash fervently, she had turned towards the west, curious about the lands north of Dunland. Following the Old South Road, Satella made her way into the heart of Eriador. During her adventures in the Lone Lands, she heard whispers of a dark power rising in the east. Not knowing if Rohan is safe, she set her sights south and made for the Gap of Rohan, carefully pushing her way through the dangers in Dunland.

You know, there's something a bit annoying about Women characters concerning robes, and select chest pieces. For some reason, there's this open shirt thing that happens, much like wearing a polo with the the top two or three buttons undone. Oddly enough, that doesn't happen with the females of the other LOTRO races. I don't mind it in certain cases, but it's a bit distracting while trying to design a warrior's outfit. I normally cover it up with a mantle or some variety of cloth shoulders, but that wouldn't do here. Because of that, this outfit remained unfinished for well over a month. One day, I discovered the shoulders exclusively available for the warden class. They're tough to work with, as only the center portion can be dyed, but it was the perfect piece to use! As a result, I changed the original olive color of the main pieces to burgundy to match the shoulders and all the components began to work well with each other--especially the Cloak of the Dragonfly, which I had initially added for a splash of color!