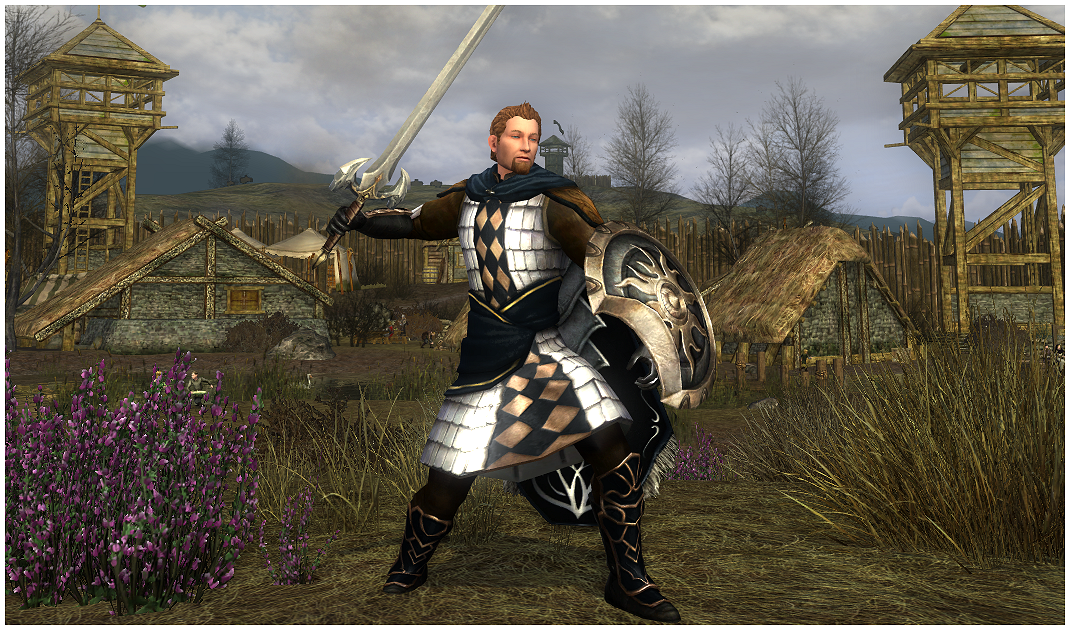 There are times that I put myself through the craziest things for an outfit, especially when it comes to choosing a screenshot location.Originally, I intended Forlaw to be my location, but that didn't work as planned for this little level 37 Warden. Imagine what it was like running through Enedwaith, Dunland to the Gap of Rohan, through the Westemnet, and almost all of the Eastemnet when everything had a substantially larger aggro radius, was mounted, and had the guaranteed ability to one-shot a character as low as this. With zero Mithiril Coins left, I had no choice.

On my first attempt, I died just outside of Elthengles to a pair of wolves' pincer attack. I was very grateful to respawn in the Trollshaws, considering I'd be back in Sandson's Farm if it were a chicken session play. On my second attempt, I made it to the eastern border of Wildermore, but there were too many roaming ranged and mounted creatures. Instead, I backtracked a bit and safely made it to Harwick. Definitely better to settle for what I already had and not push my luck. I really wanted a snowy background for this! 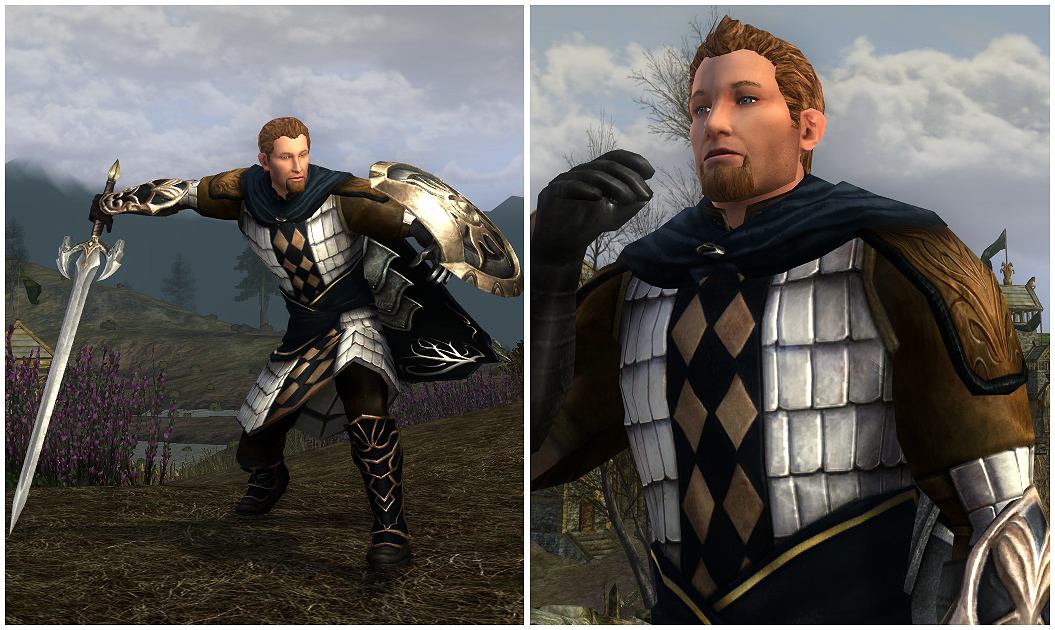 The Potent Wildermore Armour of Battle, with it's unusually large and insulating scales, is a unique skin I haven't seen, or used, in years. The Wildermore cosmetics are often ignored or forgotten, since they either come from level 85 guild recipes or are bartered from the Wildermore reputation factions. They're very unique in design, seldom pairing well with clothing outside their sets (especially the light armor a 2015 outfit of mine) because they're not very form-fitting. The bulkier the gear, the better it looks. And despite all that, I still decided to revive an old frock! The hardest part was matching the bronzed gold color in the chestpiece.

It felt great to use some older cosmetics again. Not necessarily classic, but definitely nostalgic! 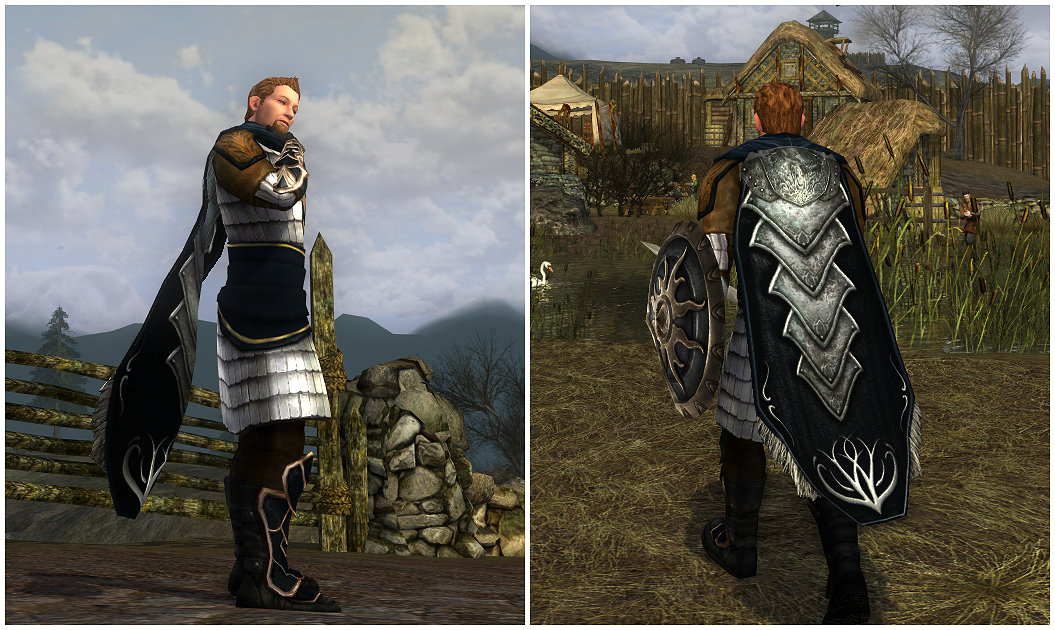