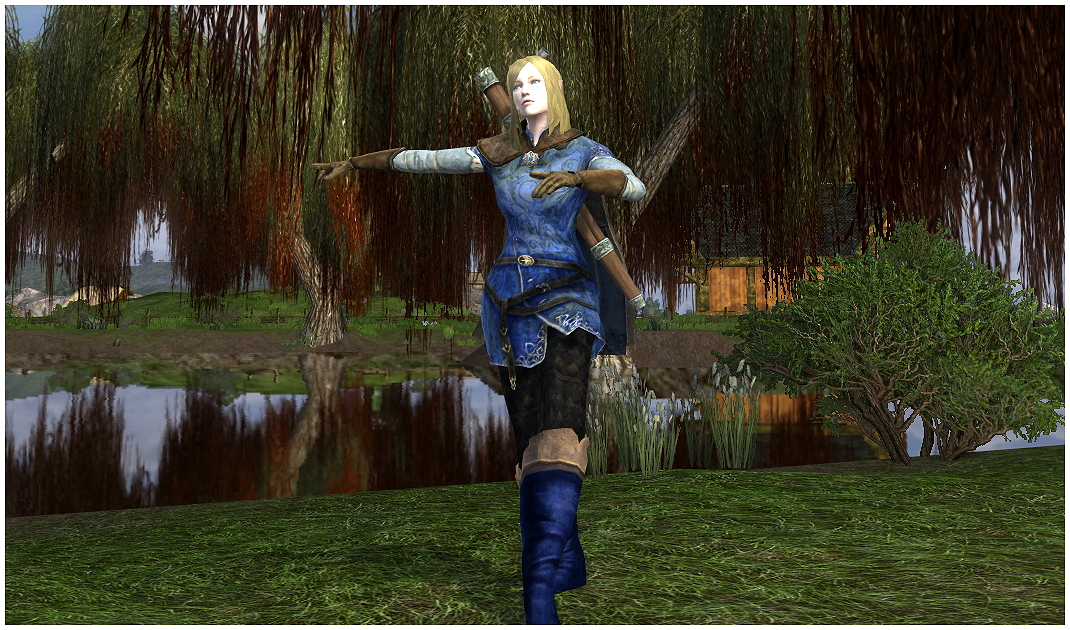 It's been roughly three and a half years since the Mordor expansion's release. With it came the High Elf race, another class of elves hailing from Aman that had beheld the light of the Two Trees or elves with ancestors that had also seen that light. The High Elf saw major graphical improvements over the original Elf, both in facial features and hairstyles. And, as an added bonus, this racial variant had an exclusive Time-worn armor set granted to them at the intro's conclusion, determined by that character's armor class. Obtaining all three required having three new character slots or one slot and sufficient wardrobe space. 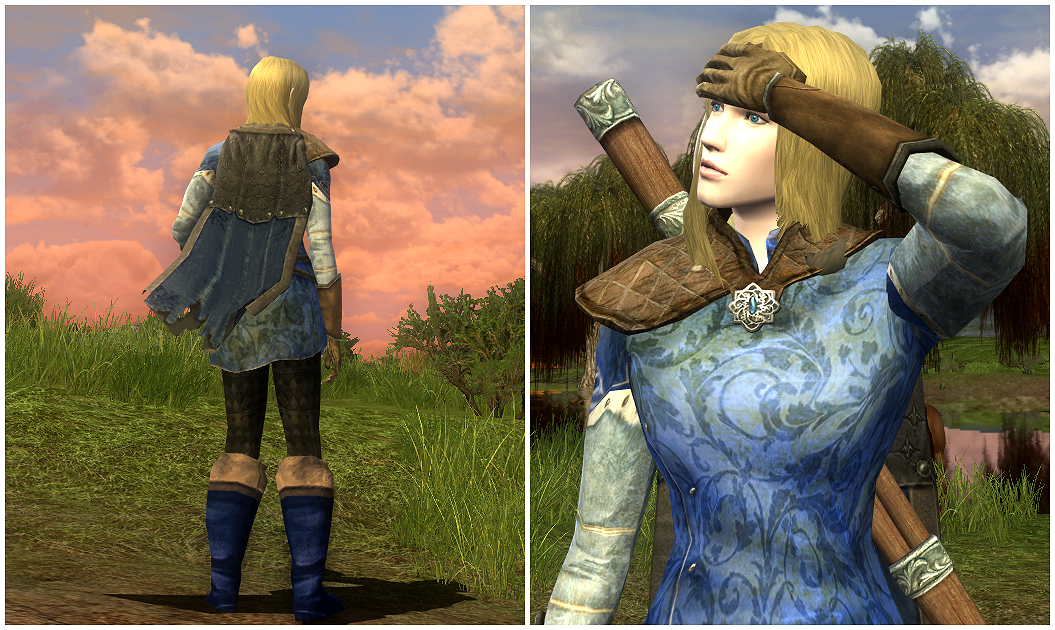 Considering how long the High Elf's been available, it's somewhat surprising I'm using pieces from these sets now. The Time-worn sets were tarnished and torn versions of the Towers and Last Alliance skins sold by the High-enchanter and Allegiance Hall quartermasters. The discolored areas have made them unique, making them feel like old, well-used clothing on the verge of falling apart or the making wearer appear as if they'd been on a month-long adventure. Not many pieces have been added to LOTRO that can easily compliment them. Using subdued and earthen tones made it easier to fit or accentuate the Time-worn skins into an outfit. Even then, their potential has gone largely unexplored. I had hoped to use other outfits as inspiration or reference, but Google searches turn up little.
Although I've used two pieces from the light set here, I've yet to touch the medium and heavy ones. I do have a High Elf captain, but no medium classes. Hymne, over at Cosmetic LOTRO, used one medium piece, the Time-worn Reinforced Coat in her Hunting for Vintage outfit, and I'd love to redirect readers there. 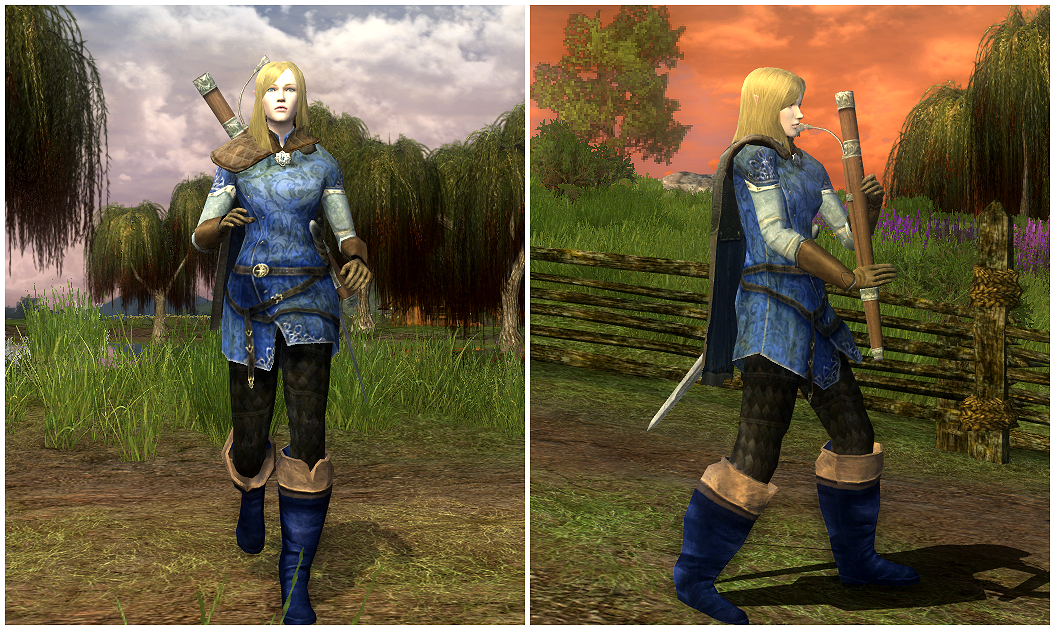 Shoulders: Time-worm Shoulders (Umber, light armored class High Elf introduction)
Back: Tattered Cloak (Evendim blue, drops from the old lockboxes found at Lalia's Market)**
Chest: Time-worn Tunic and Waistcoat (Evendim blue, light armored class High Elf introduction)
Hands: Pever-durnvol (Shire peach, looted from chests in The Foundry)***
Feet: Disused Boots of the Dunland Soothsayer (Evendim blue, reward from the Blocked Supply Lines quest)***
**Though very rare, as the old lootboxes have fallen out of favor, this unbound cloak may appear on the Auction House.
***For details on where else to obtain these Dunland skins, please see Devonna's RoI cosmetics guide at the LOTRO Stylist.
Posted by Nath at 10:00 AM